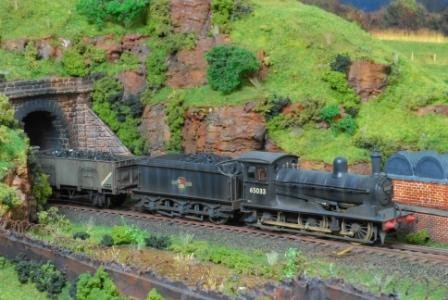 This is George Dent boldly stepping into the 21st Century and launching a new blog - 'A Model Maker's Diary'. Here, I shall endeavour to keep people updated with what's on my workbench, along with other railway-related tittle-tattle.

A few words about who I am:
I work for MODEL RAIL magazine, one of the best modelling magazines around, where I'm the model-maker in residence. Every month I demonstrate techniques, materials and practical projects in clear 'how to' guides. I also produce modelling books for The Crowood Press and run courses on airbrushing and weathering techniques for railway modellers, in conjunction with The Airbrush Company.

My first forays into modelling consisted of scratch-building spacecraft inspired by the Star Wars and Battlestar Gallactica movies. These were built from cereal boxes, detergent bottles and scrap plastic sprue from my dad's military model kits. Working in the paint shop at the local Ford car plant, Dad used to sneak my models into the factory and place them between the Escorts and Orions for the robots to cover them in a lovely coat of metallic paint.

While working at the National Railway Museum as a conservator, I stumbled across an ad in Model Rail asking for a modelmaker. My wife convinced me to apply, I pootled over to Peterborough in my rattly old Micra for an interview and, years later, I'm still there.

As of today, I've just finished building a 'OO' kit of an LNER 'J21' 0-6-0, using a Dave Alexander kit and it's currently shunting wagons on my new layout, Maudetown Colliery. Look out for a full demonstration of how I built this loco in Model Rail magazine soon. 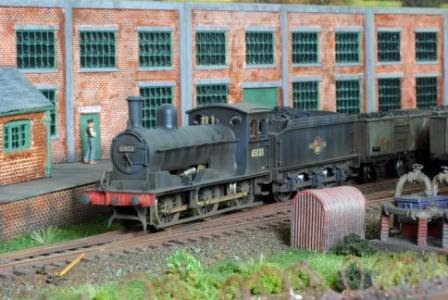