FIRING ON ALL CYLINDERS 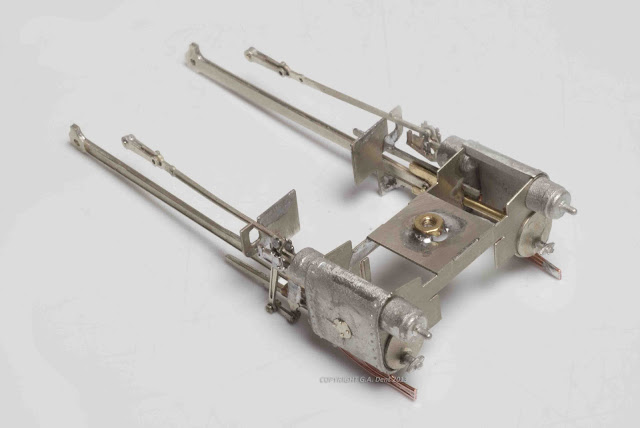 What better way to spend a Sunday afternoon, than to build a set of Walscheart's valve gear and cylinders for an LMS Jubilee, while listening to Liverpool beat Swansea 5-0..? With my lucky old transistor radio blaring out the match commentary, I managed to keep the soldering iron steady as the goals went in. Just like the gelling of Suarez and Sturridge, the various elements of the Comet kit went together extremely well, albeit after quite a bit of fettling to get the slidebars to a suitable thickness to allow the crossheads to move freely along them.

I'll be marrying up this sub-assembly to the chassis and motion bracket for a thorough test before everything must be dismantled prior to painting. But that might have to wait until after the big show in Glasgow next week, where the team from Model Rail will be attending en masse, as usual.
Labels: 4-6-0 BR brass Comet Jubilee kit building Liverpool LMS loco Steam whitemetal