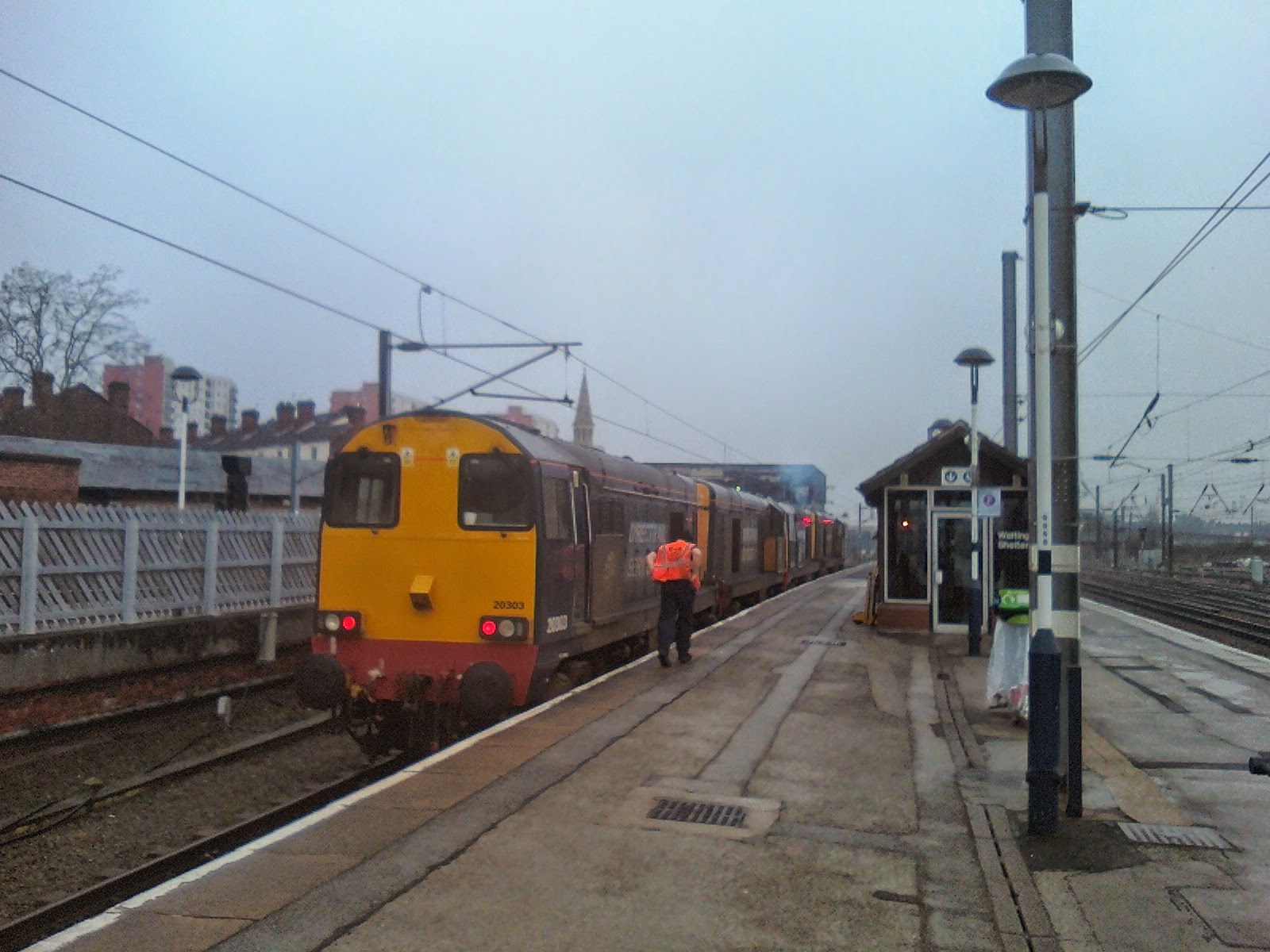 A crisp Spring morning found me kicking my heels on Doncaster station at 7am, awaiting the Peterborough train. And lo, I did hear the distinctive sound of an English Electric power plant, gurgling away beyond the bridge at the south end of the station. A blue cloud of smoke soon began to drift from under said bridge, engulfing the mainline in a dense fog. And out of the oily mist strode not one, not two, but four Class 20s - each one under power - heading straight for the bay platform where I was standing. Was it a dream? No!

DRS has been using one of the sidings on the Up side recently, to store locos in use on local  engineers trains and I'd seen a DRS 66 emerge a few minutes earlier (66431), heading north. The quartet of '20s' meanwhile, pootled into the bay as a means of gaining the mainline south (or so it seems). They were actually waiting for my Kings Cross train to leave, so I couldn't hang around any longer. Indeed, my HST rolled into the platform just as I was taking these piccies with my (rubbish) phone. 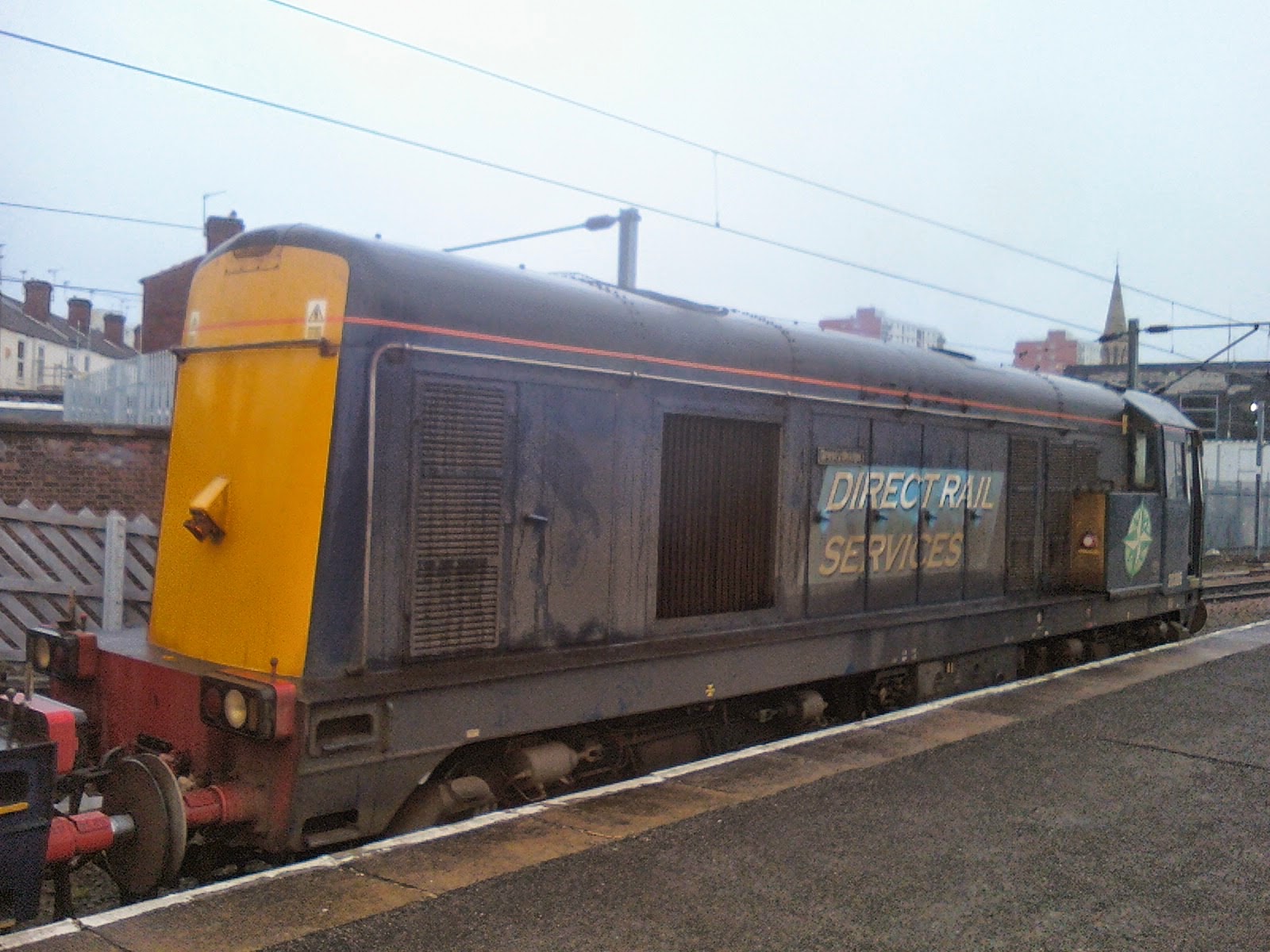 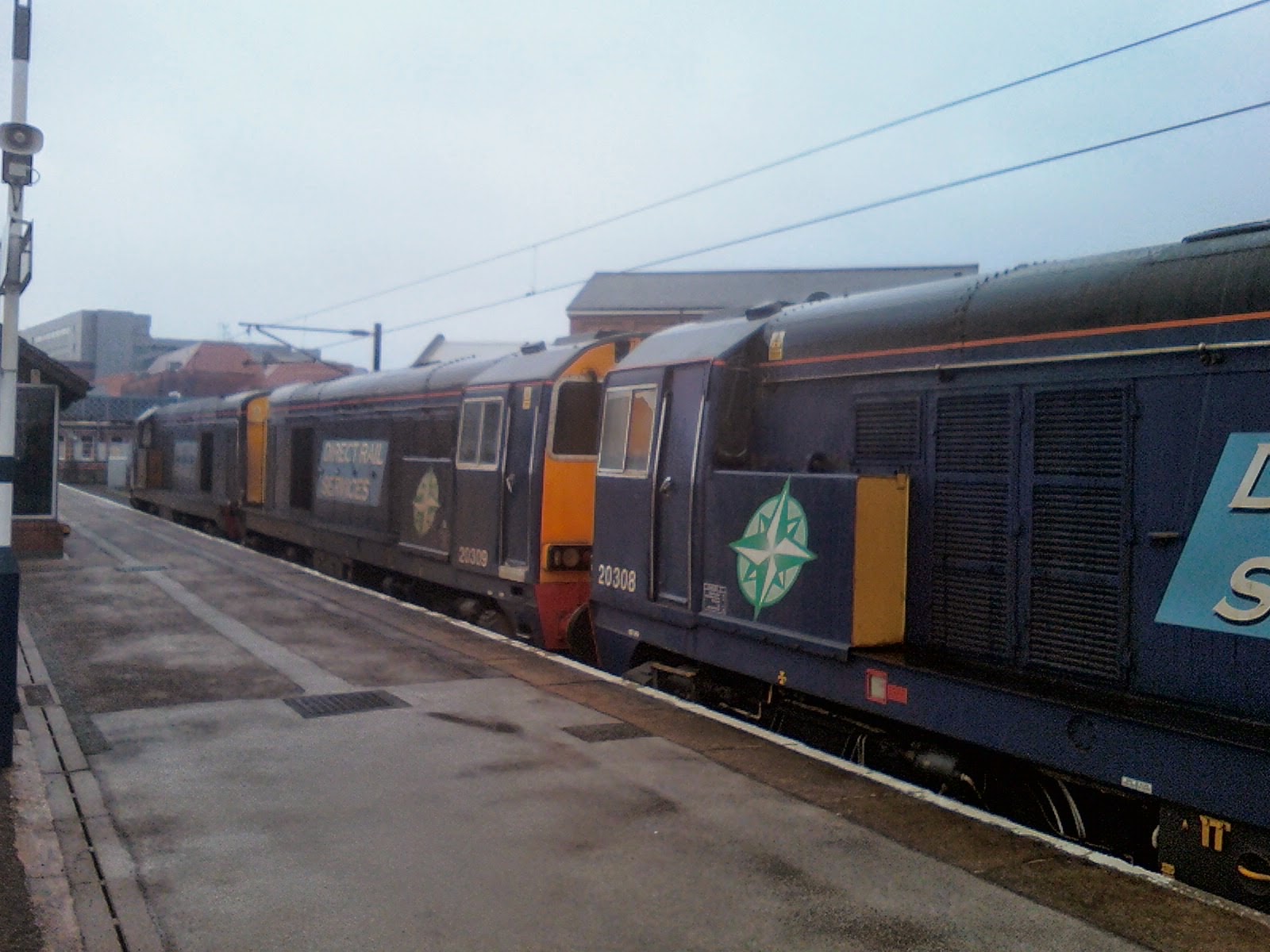