Is there a case for a 21st Century 'Electra'? 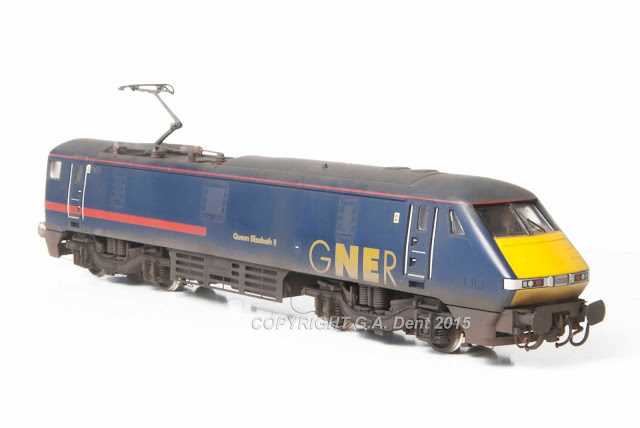 Electra? Can anyone else remember that term, coined by British Rail's publicity department in the 1980s. Or am I showing my age...? When the Class 91s, or InterCity 225 as they were also dubbed at the time, finally emerged from Crewe Works in 1988, they seemed like something from a brave new world, especially to a 13year old kid more used to belching, scruffy diesels. With the dazzling white, grey and red livery, they certainly caught the imagination. Still, they've given sterling service over the years, with Virgin Trains East Coast the current operator of the '91' fleet.

But, why am I prattling on about these locos? I recently received an email from a Model Rail reader asking about a detailing project I undertook a few years back, using the rather basic Hornby model as a basis. Parts from Shawplan, Hurst Models and PH Designs - plus a few scratchbuilt bits 'n' bobs, have transformed the loco into something more realistic.

The project featured in my first book on detailing diesel & electric locomotives, being revisited in Model Rail, issue 181. The parts list includes chopped metal buffers (A1 Models), new Bracknell Willis pantograph from Hurst Models, bufferbeam fittings from Shawplan, etched side underframe louvres from PH Designs and a new set of wheels from Ultrascale. I also fabricated new bogie footsteps from brass strip, scratchbuilt the fairing around the bufferbeam at the 'blunt' end with Plastikard and added tiny flexible sand pipes from fishing line. Dropped buckeye couplings were found in the spares box (from a Heljan Class 33/1 I think).

With a few tweaks, it looks pretty convincing and some extra weight in the chassis (lead shot fixed with epoxy glue) improved performance. Will Hornby ever deem it worthwhile retooling the '91' with a higher, more contemporary specification? Who knows... 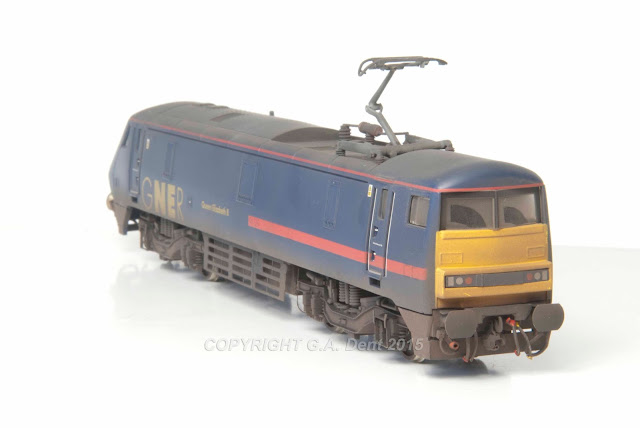 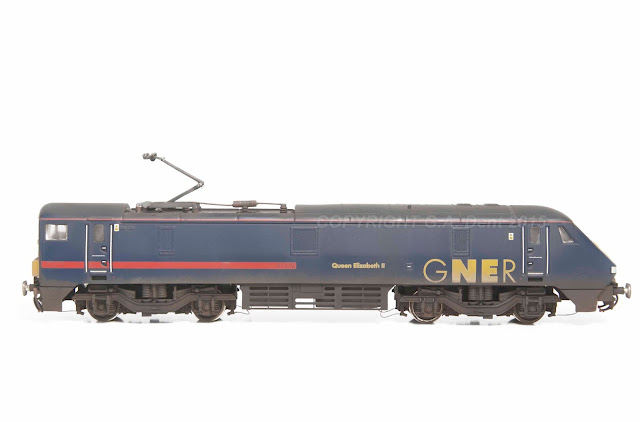 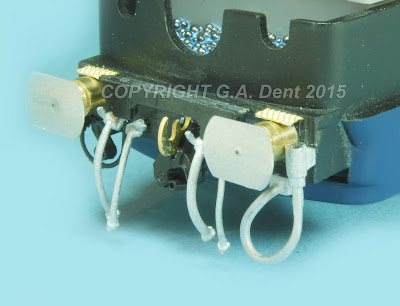