Class 31/4 upgrade in honour of first issue of Model Rail. 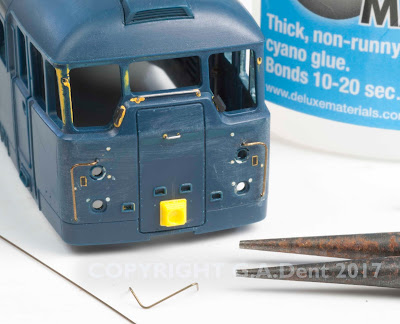 This month marks 20 years since Model Rail magazine became a standalone, monthly publication and, with this in mind, I'd been browsing through issue No.1 looking for inspiration. The mag featured an in-depth Masterclass feature on the humble Class 31 diesels, showcasing possible improvements to the Lima model, which was the best 'OO' RTR offering at the time.

After ruminating on Brush Type 2s for a while, I recalled how excited I used to be when the '31'-hauled Liverpool-Sheffield expresses whizzed through my local station, so I decided to model one of these ETH-equipped Class 31/4s. 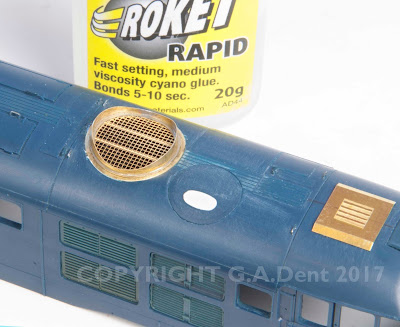 Using a Hornby model as a basis, I’d originally planned to portray 'skinhead' 31418 in its late 1970s/early 1980s guise, as the locomotive was one of the last ‘31/4s’ to retain the ‘retro’ bufferbeam cowling, waist strip and boiler fittings.

Being unsatisfied with Hornby's weathered BR blue finish, I stripped the body back to bare plastic, to lay the best foundations for a quality paint finish.


Alas, Hornby cannily formed the raised waist strip from an extra layer of paint, presumably achieved by tampo printing. This explains why the strip looked rather insubstantial and, not wanting the hassle of reinstating it with plastic strip, I switched to ‘418s’ later, refurbished condition. I wasn’t too disappointed, however, as the model now suits the period when I remember the real things at work on my local line in the late '80s/early '90s.

Detailing components have been sourced from A1 Models, Replica Railways and Shawplan, along with an excellent fret of etched brass parts from PH Designs. As well as roof grille, lamp brackets and all manner of small bits and bobs, the PH Design kit also provides a set of wonderful bogie footsteps, complete with mesh tread plates. A little care is needed to assemble them, but they look stunning.

Look out for this project in the next issue of Model Rail - the 20th Anniversary issue! - on sale 19 October. 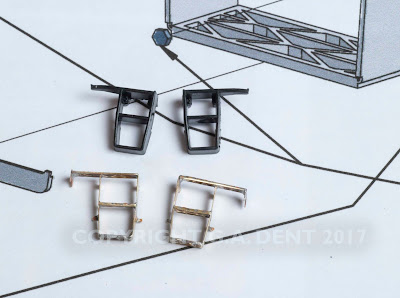 While I didn't discover Model Rail until 2000 (I remember buying it for the first time in Torquay - it had a Class 26 on the cover!), I soon took out a subscription. It was the first modelling magazine that really grabbed my attention and gave me a spark to get back into the hobby after a short hiatus. Little did I know then that I'd end up working for the magazine a few years later!