Built a few years back for a magazine feature on modern loco depots, this working diorama was only meant to be temporary. Built from MDF, the boards have suffered the effects of being stored in a damp garage during two extremely cold and wet winters. While I've resolved to build a more resilient copy at some point in the future - as a proper layout - the buildings and detailed have been salvaged for re-use and the boards were about to head to the local recycling centre.

At the last minute however, they were reprieved when it became apparent that I'd have to build a diorama for an upcoming feature in Model Rail magazine. Thus, a strip of MDF was screwed roughly over the depot trackwork to form the new trackbed. Blocks of salvaged polystyrene packaging foam and left-over builders' plaster add further to the recycled nature and I'm almost ready to start adding the scenic elements. 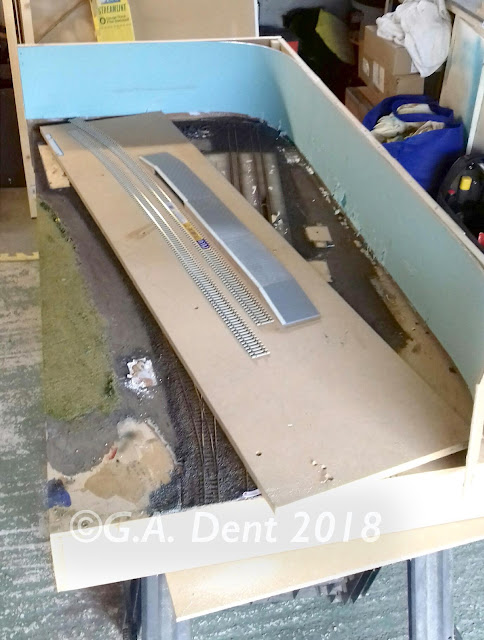 As can be glimpsed in the image below, the diorama is to be based around a small station.... but more will be revealed in due course. 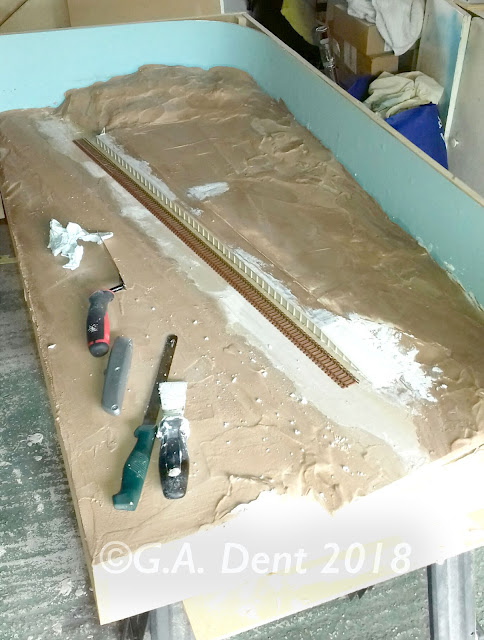