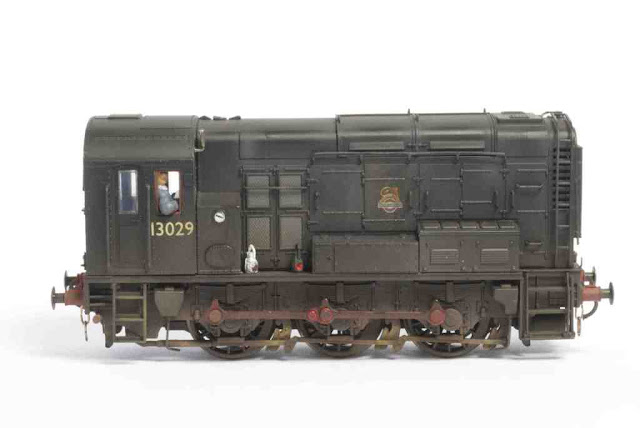 With issues of Model Rail issue 161 fresh on newsagents’ shelves, here’s a selection of images left over from my article on the humble Class 08. This proved to be an enjoyable Masterclass feature to put together, with a number of different takes on the ‘Improve a ‘Gronk’’ theme, including adding DCC to a non-DCC-ready model.

Regular readers of this Blog may recall a number of previous posts on this subject, with a few instalments covering progress on my NCB-branded 08, plus a few other BR machines. I really can’t get enough of these little shunters and can remember buying a secondhand Hornby model (the ancient one with the Tri-ang chassis) when I was a kid. With much perseverance, I got it running pretty smoothly and the bodyshell went through a number of livery changes, from BR blue, to Railfreight grey and then 3-tone sub-sector grey. Then, as I recall, it went back to blue, with Red Star branding. It was in this guise that it chugged off into the model scrapyard after Bachmann introduced their far superior version a couple of years before I started at Model Rail.

I was living in a rented house in East Yorkshire at the time and the landlord had built the basics of a loft layout before he vacated the property, so it was just a matter of laying a circuit of track on his baseboards. To celebrate, I treated myself to an ‘08’ from the NRM’s shop (my staff discount used to come in handy!) plus a handful of coal wagons, and I’d sit happily at my workbench in the attic for hours with this little engine pootling round and round at crawling pace. Happy days! 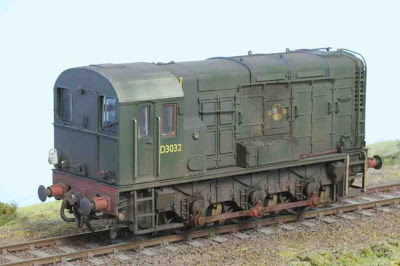 It’s the small things that add up, such as painting the wooden surround to the cab droplight, plus an oil leak from the engine compartment. Then there’s the shunter’s hook and spare oil lamp on the running board and the scratchbuilt fuel filling pipe under the cab. 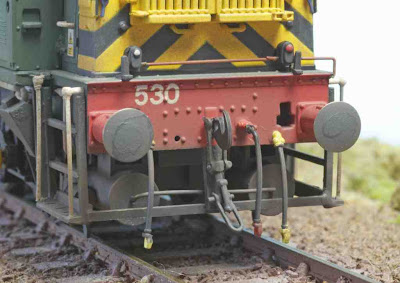 Bufferbeams can be improved with a few extra touches, such as a coupling guard, piping between the twin air tanks and cross beam linking the front steps. Nice blobs of grease on the bufferheads help, too. 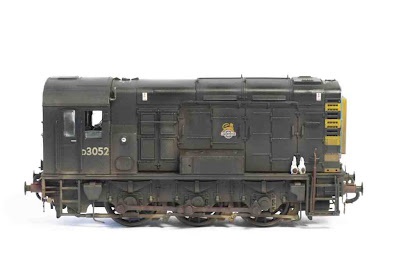 This black number is one of my favourites. It’s one of Model Rail’s recent limited edition Bachmann models, depicting D3052 in plain black but with wasp warning stripes at both ends. Only a handful of ‘Gronks’ gained the yellow and black ends while still in black, so it makes for an interesting sight on a 1970s-era layout.

You can see how most of these ‘08’s were detailed and weathered – including making my own shunter’s hooks - in the latest Model Rail magazine, out now!