BULLING UP A BULLEID 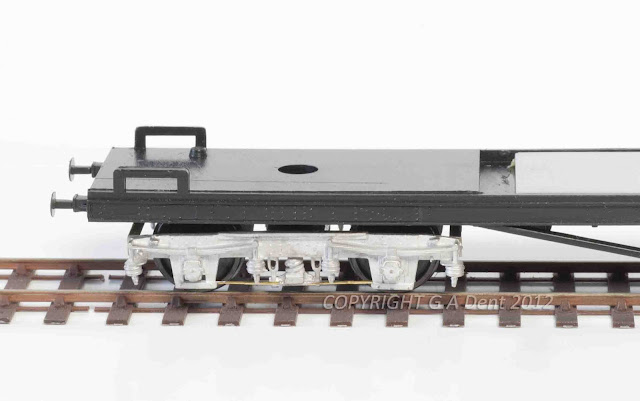 I've had a bunch of detailing components for Bachmann's Bulleid coaching stock hanging around in my 'to do' box for some time. Although I'm not much of a Southern Railway enthusiast, I received a couple of these Bulleid coaches as a gift some years back and have been keen to improve them in some way. They're quite long in the tooth and not exactly up to 21st Century RTR standards, but they do have great potential. Most of the detailing parts are from the No Nonsense Kits range, now marketed by Phoenix Precision Paints and the most notable upgrade lies in these etched brass and white-metal bogies, which are a big improvement over the original plastic mouldings.

The bodyshell is next to be treated, with a number of detail upgrades planned, using some etched bits, some improvised additions and working gangway connections from Keen Systems.