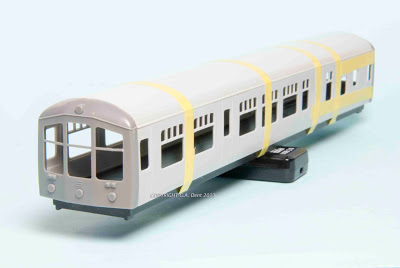 Single-car diesel units have always been a real favourite of mine, not least because they're ideal for us space-starved layout builders. Recreating one of the small number of Derby Lightweight (DLW) railcars has been high on my list of desires for some time and, when the Bachmann DLW appeared last year, the idea was rekindled. Having obtained a BR blue 2-car set, I'd almost put saw to plastic when I remembered that I already had a 2-car DC Kits plastic kit in stock from a few years back. Given the cost of the Bachmann version, I began to have my doubts about cutting it into pieces, although the ready-made power unit and chassis would make life easier.

However, with an idea of fitting an alternative off-the-peg high-spec power unit and transmission and with nothing to lose by butchering a surplus kit, I resolved to make a start on the DC Kits bodyshell instead. Even if this turns out to be simply a trial run, it should be worth the effort. It's not just a case of sticking an extra cab at the gangway end, by the way, as the single cars boasted some variations in door and window layouts. Incidentally, DC Kits did make a single-car kit, although I'm not sure if it's still available. 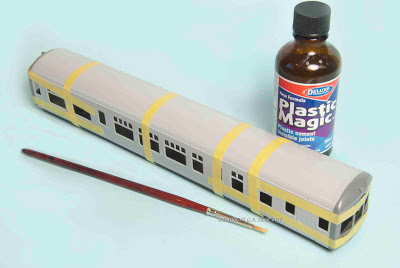