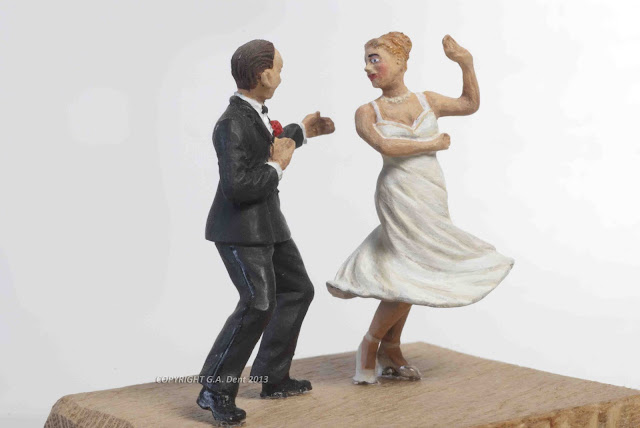 On sale from today is the latest issue of Model Rail magazine, replete with a striking cover marking the 75th anniversary of Mallard's world steam speed record. Incidentally, the loco on the cover is one of my A4s, weathered way, way back during filming of the Model Rail Weathering Expert DVD, although the loco appeared only briefly in the final cut. Chris Nevard's excellent photograph is certainly eye-catching and the magazine includes a few 'speed' themed features.

On a more sedate footing, there's also a guide to painting miniature figures - something that can often be overlooked by layout builders, what with there always being other jobs to do. Yet, the mini peeps on our platforms and High Streets are just as important as the buildings and trains if a convincing overall effect is desired.

As the article shows, it needn't take long to render figures, especially when using acrylic paints. What's important is to choose convincing shades for skin tones and clothing and to introduce highlights and shadows to compliment the moulded detail. Fred Astaire and Ginger Rogers (above) are a good case in point, being cast superbly by Andrew Stadden. Supplied unpainted, I was determined to get the best out of the figures by picking out the various creases and folds, as well as getting the areas of bare flesh convincingly portrayed. Small details, like Fred's red carnation in his buttonhole, the silky detail of his outside trouser leg and Ginger's stocking seam up the back of her legs and rouged cheeks add the finishing touches.

The MR article also features a group of figures recreating the characters from the Railway Children film. These were commissioned by Chris Leigh for his Oakworth layout, Aidan Campbell being the figure maker and painter. However, Chris wasn't satisfied by the flesh toning and asked me to repaint them, adding a few extra details to the clothing too, especially the patterned knitted hat of one of the girls. Below is the pair of railway staff, with Bernard Cribbins' Albert Perks character on the right. 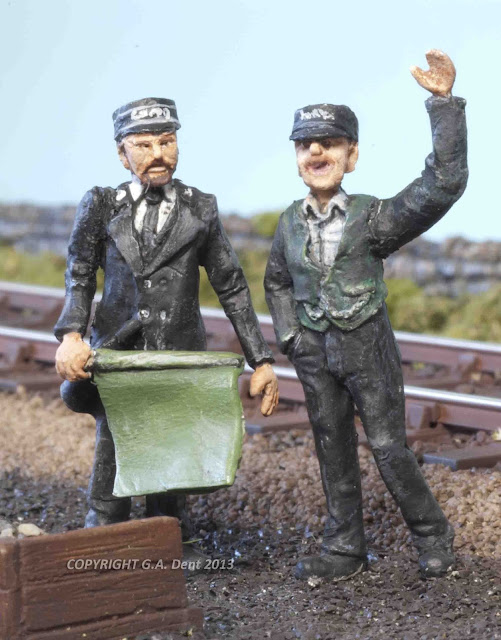