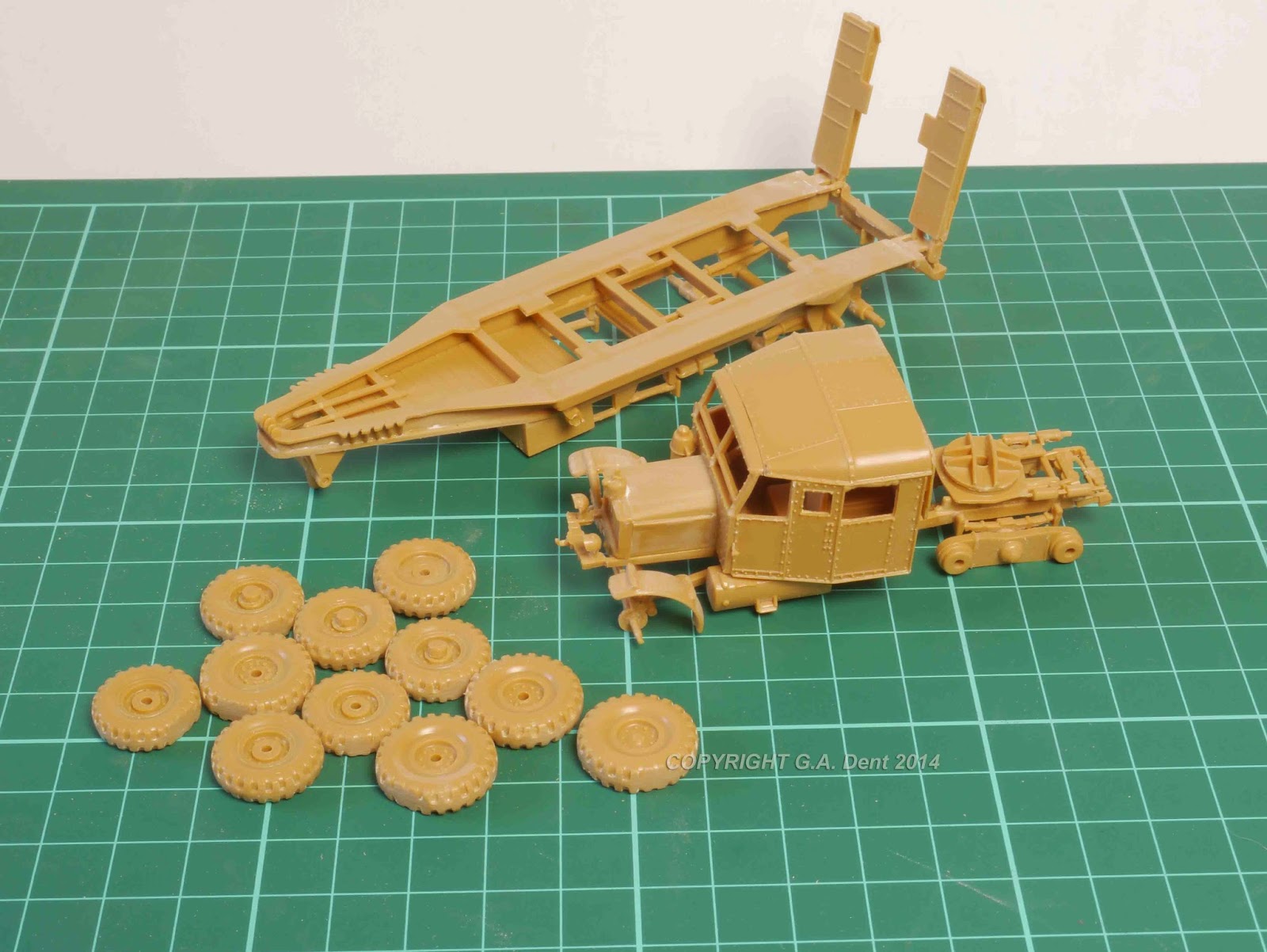 With the Airfix brand name and 1961 date emblazoned on the underside of the floor moulding, this kit has been in my stash since the late 1990s. As with many Airfix kits of 1960s origin, the standard of the moulding tools is still impressive, even by 21st Century standards. Despite plenty of flash around the edges of all parts, some diligent cleaning up before assembly is rewarded by a realistic model.

Representing a Scammel diesel transporter unit, hundreds of these powerful machines were built during WW2. Apparently, they were very reliable and were designed to move a battle tank over long distances at a top speed of... wait for it... 16mph! Judging by the size of the wheels, they could cope with uneven terrain and the real things operated across North Africa and, after the Allied invasions, in Italy and Northern Europe. Weighing in at around 30tons, it could comfortably haul a tank up to 80tons, making for a hefty gross load - no wonder the top speed was so low.

It's a while since I last built anything like this and it has proved a welcome diversion from the usual railway-themed projects. Mind you, it has been a slow job - as I mentioned, the parts take a lot of cleaning up before they can be glued together. So far, I must have spent about 10hours just getting to this stage. A few areas need some filler and further tidying up before the various sub-assemblies can be primed. I'm certainly looking forward to the painting and weathering stages.