Trio of Class 47s get the Tinsley treatment. 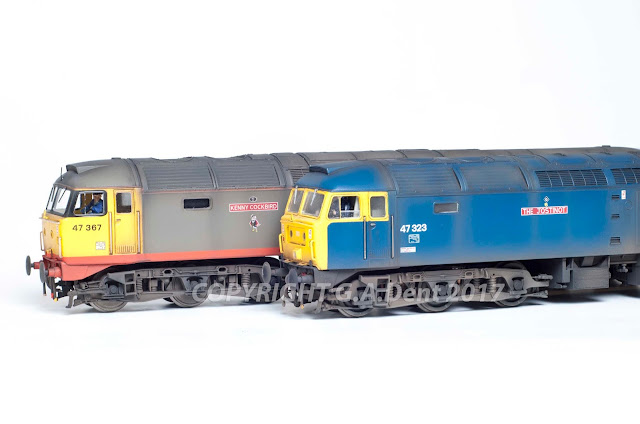 UK railway enthusiasts of a certain age and geographic base (northern England and the Midlands), will likely recall the intriguing unofficial names received by a wide range of diesel locomotives in the late 1980s/early 1990s. Decked out by the enthusiastic staff at Tinsley depot (near Sheffield), the names were often accompanied by crests or logos of one sort or another. I've not a clue what a lot of the names alluded to, while others were inspired by classical myths or local legends, it seems.

Anyway, the subjects for the latest three additions to my Class 47 fleet are plain blue 47323 The Jostinot, large logo blue 47450 Blackbuck and Railfreight-liveried 47367 Kenny Cockbird. The latter is unusual in being named after another BR depot's pet emblem, Stratford's Cockney sparrow. 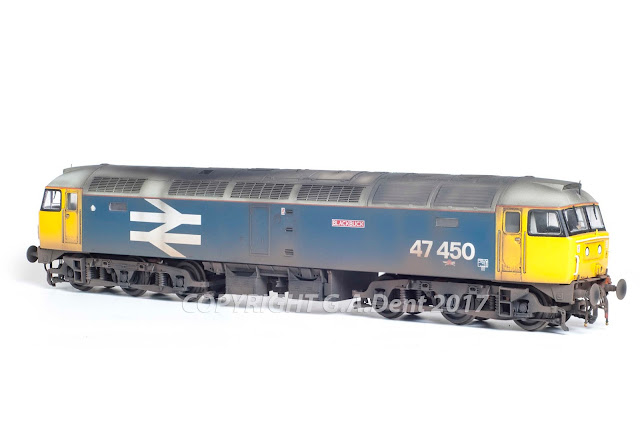 Apart from 47450, the locos have been fully repainted and all of the decals are from the Precision Labels range, which proved to be up to their usual high standards of accuracy and performance, giving a realistic painted-on appearance. Clearly a lot of research has gone into these decal packs, which include all numbers, data panels, names and crests, with only BR arrows and overhead warning flashes sourced elsewhere (all from Fox). There are tons of Tinsley name packs available, for various loco classes: see the Precision website for details.