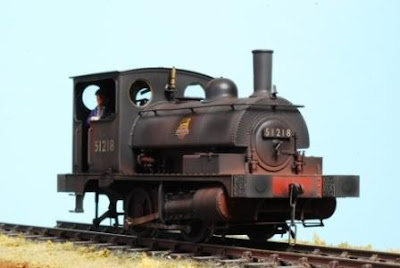 2011 has begun with some tying-up of loose ends, as it were, with a couple of near-complete projects finally signed-off and the models duly packed up for storage or dispersal. Most notably, a Tower Models 'O' gauge L&Y ‘Pug’ 0-4-0ST has been finished as a fairly careworn Bristol-based 51218. This is intended as a competition prize, I believe, as part of the forthcoming Bristol ‘O’ Gauge show. 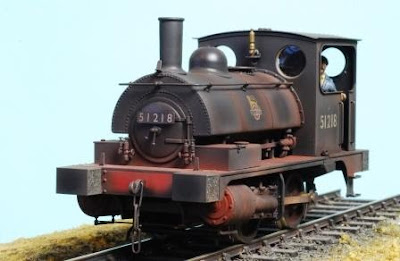 Having been presented with a plain black, un-numbered model, it was my job to apply the appropriate cab-side and smokebox numerals, along with the attractive early BR crests (all Fox Transfers). After a varnish coat or three, a weathered finish was applied, using paints, an airbrush and various powders. Some coal in the bunkers and a footplate crew completed the job. Oh, and the cab spectacles were also glazed with clear Perspex. 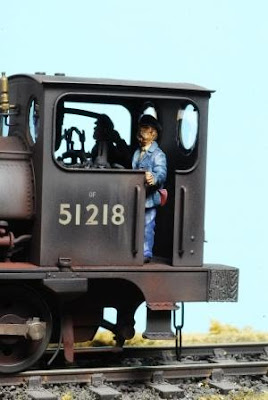 The cab interior is superb although, just like the real thing, it’s pretty cramped on the footplate and I couldn’t get a ‘shovelling fireman’ to fit, hence why the chosen figure is taking the chance for a quick brew whilst the driver concentrates on his duties. Consequently, the two chaps are from mixed sources: the moustachioed driver being an Inkerman Castings product and the fireman is from the Master Piece range from Falcon Figures. 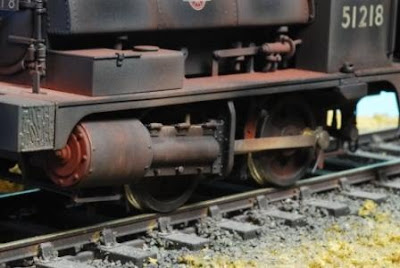 After some light running-in on my tiny ‘O’ diorama to ensure even coverage of weathering over the wheels and rods, with no power collection problems, the little engine has been packed up and handed over to Chris Leigh for delivery to its owners by hand. I’ll be sad to see it go as it proved to be useful paperweight! 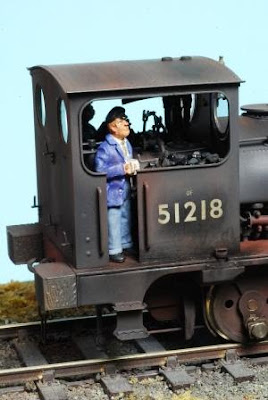 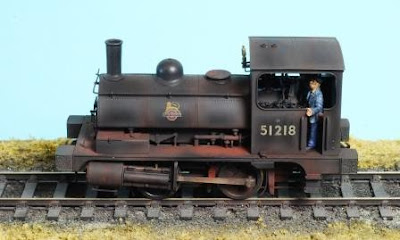