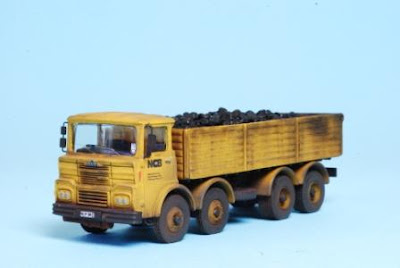 Finally, I've finished my pair of Lledo Trackside GUY tipper wagons for my colliery layout; it's only taken about 8 months! The final weathering, cab interior detailing and payload were added in a spare couple of hours over the weekend. I'm glad that they're done and dusted now, as there's nothing I hate more than having half-finished projects lying around the workshop - it's bad karma... 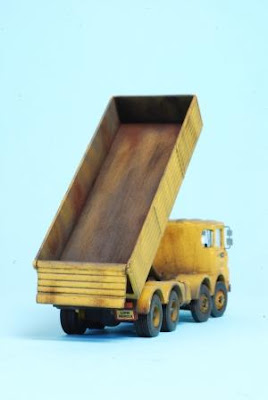 Bending the axles of the leading wheels produces a sense of drama to a static vehicle. 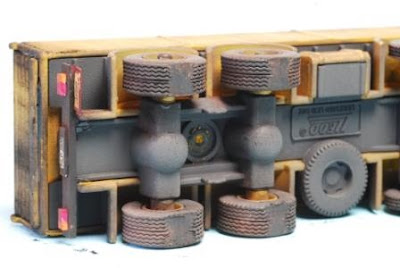 Taking a leaf out of aircraft modellers' books, I've flattened the base of the tyres on the fully loaded wagon... 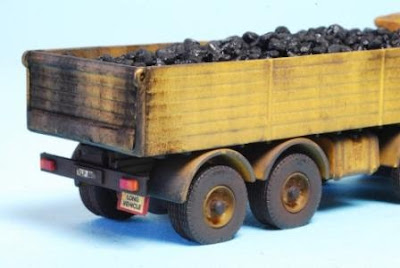 ... to mimic the depression of the tyres. It should look highly realistic when the wagons are set onto my colliery layout. 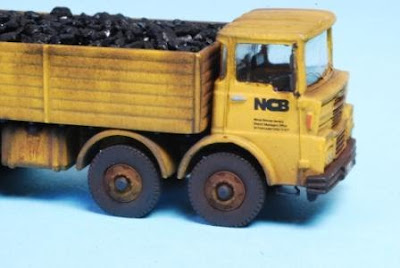 The front wheels have also been treated, but to a slightly less extent, as the weight is concentrated on the rear axles and the trailing steering set of wheels. 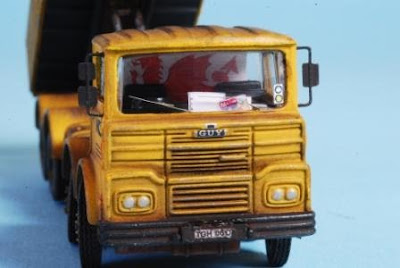 As my colliery is vaguely South Wales in inspiration, the cab of one tipper wouldn't be complete without a Welsh flag. There's also a few discarded issues of the Daily Mirror and assorted paperwork. Note also the tax disc and commercial vehicle licence in the windscreen. All of these, plus the reg. plates, are from Ten Commandments. 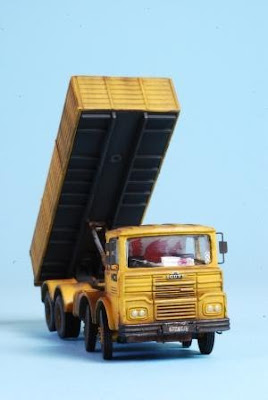 The etched wing mirrors and cab footsteps are from Langley Models, while the wipers are from Automobilia.

I'll be demonstrating all of the detailing techniques employed on this (and a few other) models as part of a feature on enhancing road vehicles, to appear in Model Rail issue MR155.
Labels: coal detailing lineside Lledo Maudetown Model Rail NCB OO Ten Commandments truck weathering