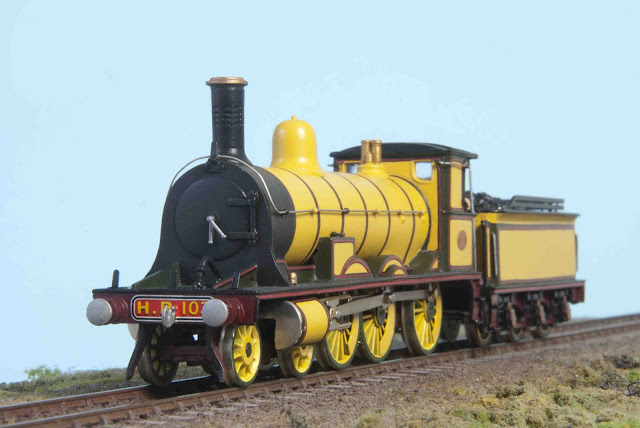 As has been described in numerous previous Blog posts and a few article in Model Rail, I've been wrestling with this DJH kit of the famous Highland Railway 4-6-0 for some time. Happily, it's now virtually complete and has been running-in on my test track over the past week. There's a few snags to take care of, mainly in terms of allowing the loco to go round curves which is something that it seems to not have been designed to do. Having fettled and adjusted, fettled and adjusted, then fettled and adjusted even more, I've decided to order a smaller set of wheels for the leading bogie and sacrifice some of the scale appearance. It's more important that the model can actually be run on a layout than look good on a shelf.

Apart from the curve issues, the motor, gears and driving wheels run super-smooth and the valve gear has been a joy to assemble, albeit with quite a few improvisations to make up for the kit's shortfalls. Indeed, I'd say that you needed to be a committed kit builder to be able to get this project up and running. But all of this will be (or has already been) described in the pages of Model Rail magazine.