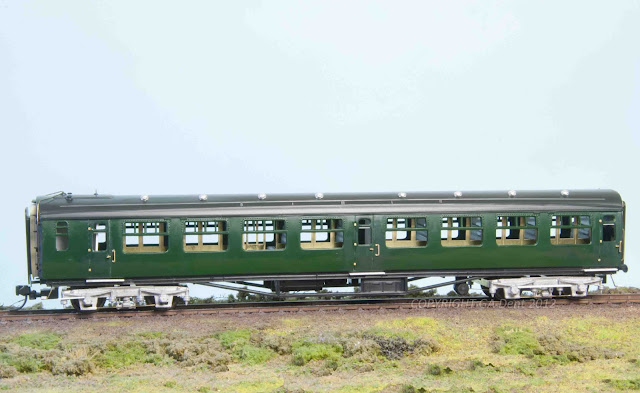 As outlined in late July, I've been working on upgrading a Bachmann Bulleid coach. After assembling a pair of No Nonsense Kits bogies, inserting some Romford wheels and improving the bodyshell with etched and cast metal details, a new interior was assembled to represent a Corridor Third, rather than the open layout of the original. I've also added a close coupling system, Kadee knuckles and a few other odds and ends. But you'll have to check out Model Rail issue 174 (out early September) for the full story and step-by-step demo.

These carriages are a bit basic in modern terms, but they're fairly cheap (if you shop around) and offer great potential for an upgrade. There's much more I could have done with this model, especially in terms of the underframe and I'm wondering about an etched Comet underframe, similar to that currently under construction for an LNER Thompson coach. It would be great also to fit some better glazing, especially if Shawplan decides to add the Bulleids to its Laserglaze range. 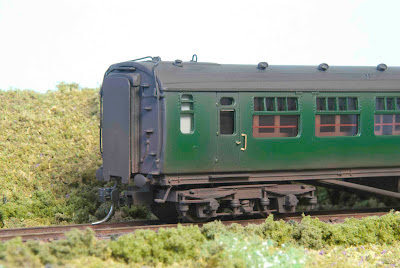