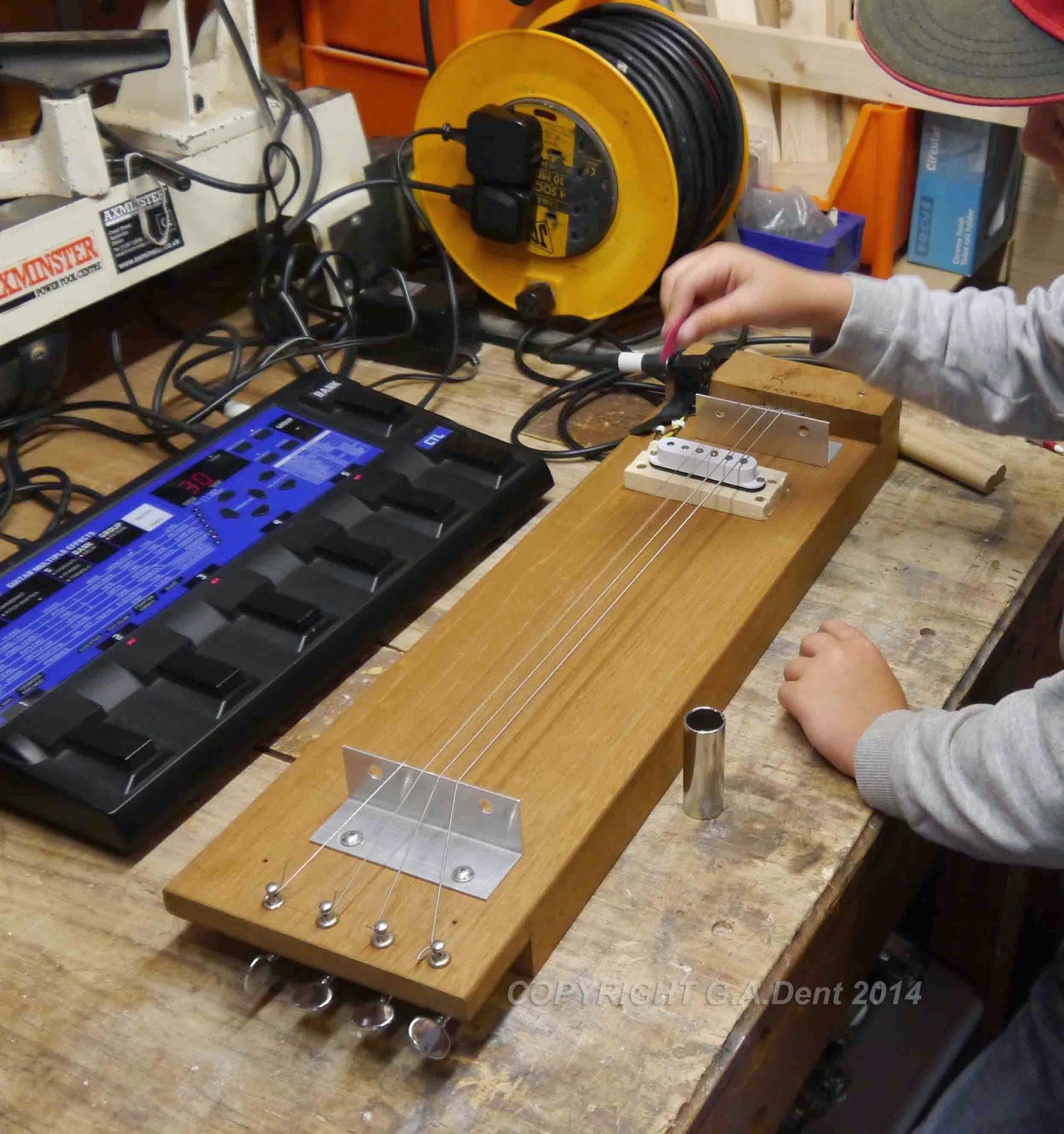 With my little nephew staying for a few days, I needed to keep him occupied. What better way to spend a few rainy afternoons than to see if we could create a working musical instrument from a load of junk. I had a spare pickup and four tuners, while the rest of the material was salvaged from a skip. The hardwood plank looked a real mess, having been ripped out as part of a 1970s fireplace but, after we planed it, it turned out quite nice. The aluminium angle was perfect for the saddle and top nut and the strings were an old set that I'd kept for making loco brake pipes and handrails.

At eight years of age, Joey was up to most of the marking out, drilling and fixing, with a little assistance, and he managed to file the slots for the strings in (almost) the right place. All I did was cut the rebate for the tuners and drill out the string anchor points, plus the soldering (the neg wire from the pickup and jack slot are earthed to the saddle, by the way). For a kid who's not really enjoying school, it proved a great way of getting him to apply some basic mathematics, as well as looking at the properties of different materials and the rudiments of electricity.

I decided that tuning the strings to an open chord would be most fun, so I first tried it with GDAD from top to bottom which was OK, but GDGB sounded more bluesy. With a bottleneck slide (from some scrap chrome-plated copper pipe previously attached to a towel rail), we managed to get some decent tunes out of it - all very Seasick Steve! The scale length is 42cm - dictated by the length of the plank - and the lack of any 'fret' markers is also a good way of helping him develop an ear for pitch, although this may take a little while.

It sounds pretty good, running clean through a Marshall amp, but Joey liked kicking in a bit of delay, overdrive and a flanger on my old Boss ME8 FX box, and he got some great ambient loops going. Could this be the next Nick McCabe I wonder....?
Labels: DIY electrics guitar instrument music scrap sound steel