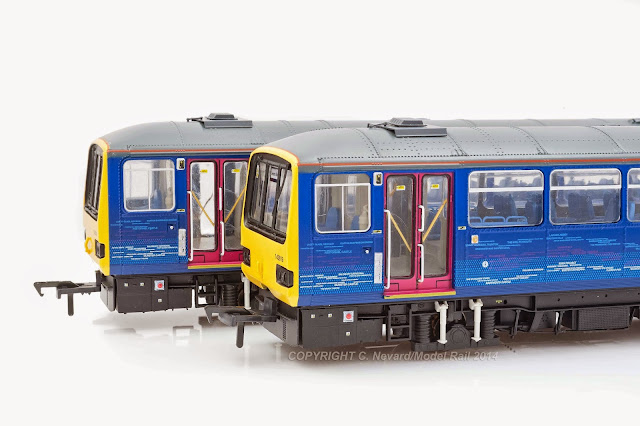 It's been a veritable feast of high quality second generation DMU releases this month and, following on from Bachmann's Class 150/1, I now have the pleasure of reviewing the latest Realtrack Models Class 143. As a follow up to the widely acclaimed Class 144 (winner of Model Rail's Model of the Year award, no less!), it's a hard act to follow. But this particular sample certainly lives up to expectations...

A full review can be found in the next issue of Model Rail (MR204, out December 17th), but a sneak preview is presented here to whet the appetites of 4mm scale modern era modellers. The first manufacturer to attempt replication of First Great Western's intricate 'Local Lines' livery, Realtrack has managed to get all of the tiny place names printed clearly and legibly, even if you do need a magnifying glass to read most of them!

The small dots (of varying sizes) that lighten the blue livery along the lower edges of the sides are also crisply applied, making for a complex production job. With so many separate printed processes involved, you'd think there'd be more of a risk of smudging or 'steps' visible between the graduating shades. But, everything appears seamless and the overall effect is as impressive as anything else I've ever come across. That all this has been achieved by a small manufacturer - and with a retail price starting at only £120 - is incredible. And that's before the accuracy, character and technical specifications are taken into account (which are all equally impressive).

Two versions of the FGW livery are being offered, with different unit numbers and destinations applied (my sample is turned out as running a Bristol Temple Meads - Severn Beach service), while a pair of Arriva Trains Wales units are also due out imminently, each with suitable South Wales destinations.


Who would've thought that one of the most mundane prototypes would be honoured by such a superb model?!

With thanks to Chris Nevard for the images. 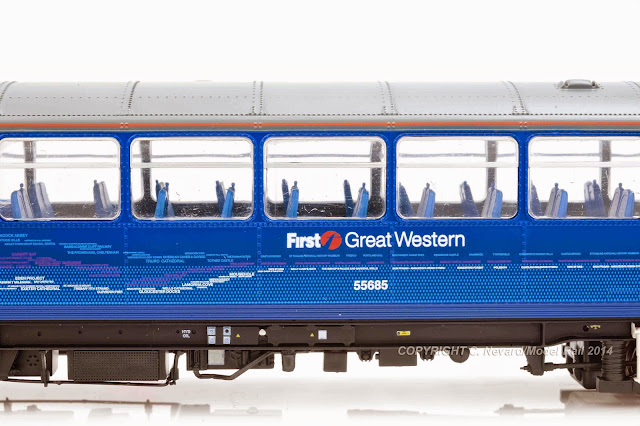