Looking at new ways of bringing models to life. 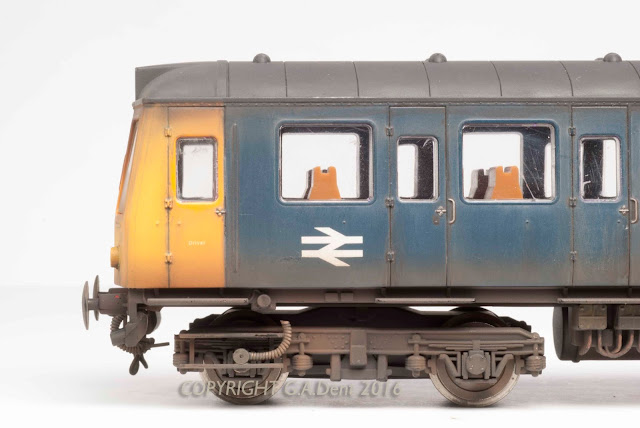 "You've got to experiment", as Graham Taylor was fond of saying while England manager, while picking the likes of Carlton Palmer and Andy Sinton instead of Chris Waddle and Peter Beardsley. But the idea rings true nonetheless and luckily I've been having slightly more success with some new weathering techniques than Mr Taylor had in international football. Most notably, I've been looking into ways of creating believable tonal variations in an existing livery, without overly affecting the various colour elements or logos, numbers and so on.

My first attempts have been trialled on some old DMU models, this Hornby blue Class 121 being one of the first. Using grey oil paints and dark washes on the sides and ends, textured acrylic paint on the roof and underframe, there's quite a bit of textural variation as well as tonal. A light misting of general dirt from the airbrush blends it all together.

Next in line, as far as DMUs are concerned, is a lined green version, with which I'm going to try something different again. But there's also a tasty green Hymek lying around that needs a little attention... 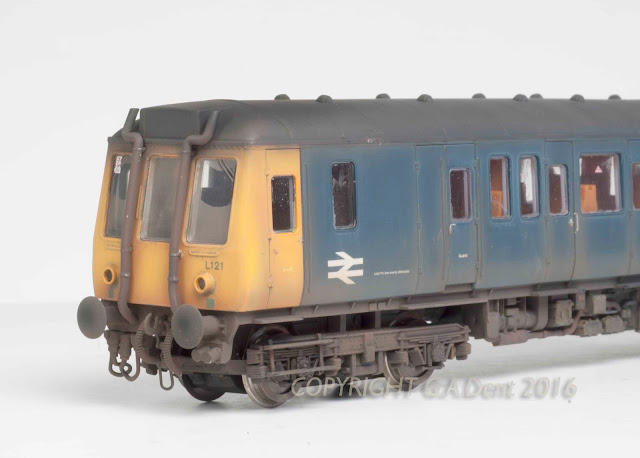