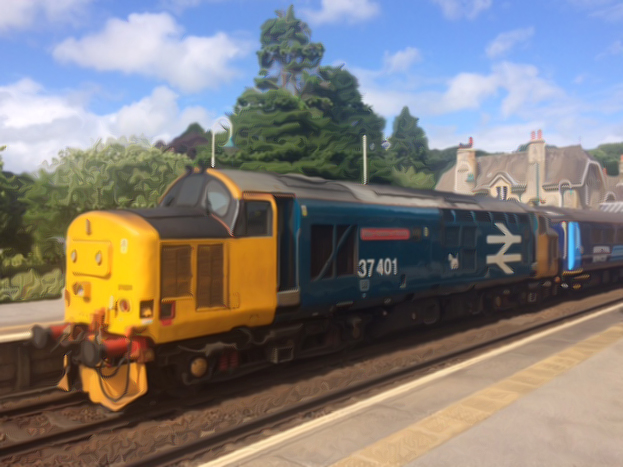 I've made it something of a mission to get out and about a bit more this year, chasing a number of locomotive and multiple units whose days may be numbered - at least on their present duties. Some are more glamorous than others - Great Western HSTs v Class 143 Pacers, for example. While others are just for the fun of it, such as Class 37 haulage in Cumbria and Norfolk.

While Norfolk is one heck of a treck from Dent Towers, Cumbria is a lot closer to home so I've become something of a regular beside the line at various spots, awaiting the familiar growl of an English Electric Type 3. Mind you, a few times, especially on the stretch west of Barrow, the '37+Mk2' combo has seen a DMU substitute, which has been a bit of an anticlimax, to say the least.

But, when you're in such attractive surroundings, on a sunny day, who can really complain...?