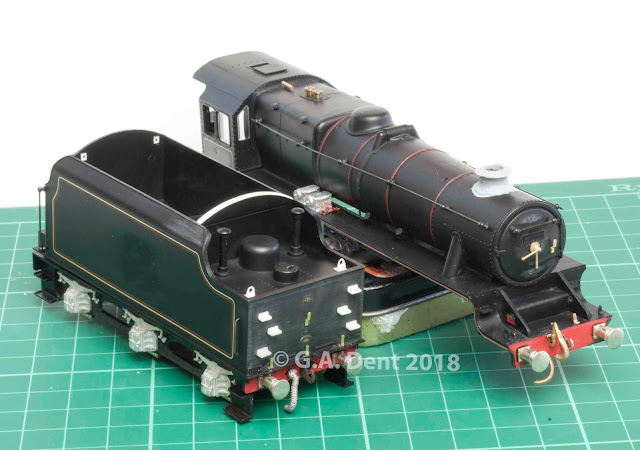 This August marks the 50th anniversary of the end of steam on British Railways and, to commemorate this event, Model Rail magazine will be running a Masterclass feature on the iconic LMS 'Black Five' 4-6-0 - a pre-war design that lasted right until the final day of mainline steam.

It's been a while since I last tackled a heavy detailing project on a steam locomotive - in fact I can't remember off the top of my head what/when the last one was... a War Department 8F?? It's even longer since I last worked on a Hornby 'Black 5'. Ten years, in fact, since reproducing 45110 for the 40th anniversary of steam's demise!

Anyway, with another Hornby model in hand, I decided on a slightly different approach to my last foray into LMS Class 5s. Back in 2008 I employed the excellent Brassmasters detailing kit, designed especially for the Hornby model. However, to avoid going over the same ground again, I've been employing a number of Comet Models bits and pieces, plus a good dose of old-fashioned scratch-building, just to make it a bit more fun.