To compliment the current Skills Station module in Model Rail magazine, I've just been filming a few demonstration videos on various aspects of airbrushing. The most fun (for me at least) was the weathering element and a handful of Hornby's lovely BR coal/coke hoppers were treated to a few layers of airbrushed 'dirt'.

Various shades of Tamiya acrylic paints were employed, sprayed via my trusty Iwata airbrushes and, although the weathering isn't quite perfect in places, the wagons do look much more realistic. Working with a range of lights and cameras pointing at you can be a little disconcerting but, once I got going, I soon became absorbed in the task at hand. I must admit that I crammed in some practice before the cameras rolled, as it felt like I haven't weathered any rolling stock for a while!

They could do with some extra work with dry pigments and some dry-brushed highlights, just to finish things off, but that's for another time. The key aspect of the video is about how to work with an airbrush and is the fourth film in the airbrushing series, which will be available to view via the Model Rail website in a few months' time - more info will appear here in due course. 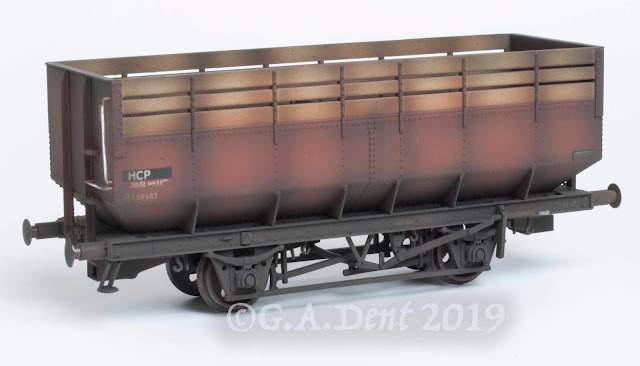 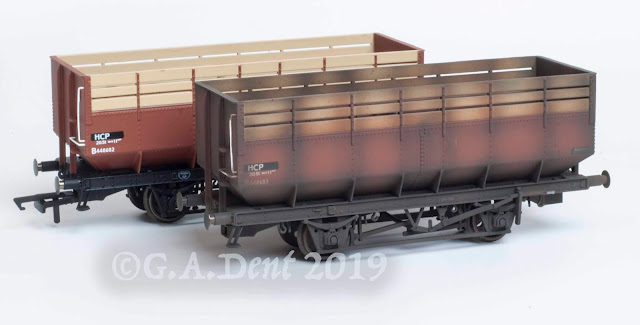