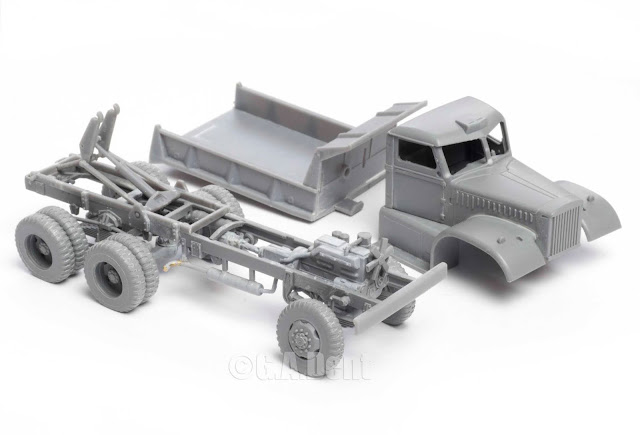 Now's the perfect time to get through some of those kits we've had cluttering up the attic for years and I've been putting together this fantastic little 1:72 scale IBG kit over the past few evenings. Representing a WW2-era Diamond T all-terrain dump truck, it may be small, but there's a vast number of tiny parts to fix together. Even the chassis alone has about 70 separate elements, so it's certainly a kit for modellers of a patient disposition.

I haven't added any extra details yet, save for the exhaust pipe which is fashioned from brass wire - the original plastic pipes disintegrated as I cut them from the sprue (they're super-delicate). The full engine and transmission is a real work of art and I've stippled much of it with Mr Surfacer to give the parts more of a 'cast metal' appearance/texture. And I've decided to pose the dumper in the raised position, so the truck can be posed on a suitable diorama in due course.

Although not exactly the right scale, the truck should look good on a 'OO' gauge model railway scene, perhaps in a 1950s quarry or other industrial setting, as I'm building my model to resemble a de-mobbed civilian vehicle rather than an Army version.

It's about ready for painting now, before final assembly. Alas, it's now in a queue while I await the all-clear to start commuting into town again, where my workshop is situated. Luckily, I have plenty more kits to start building... 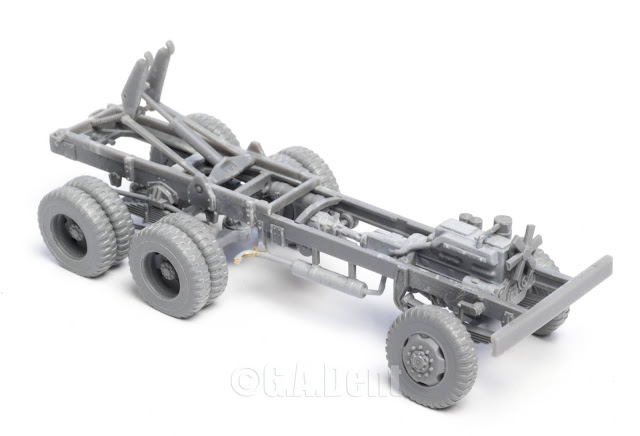 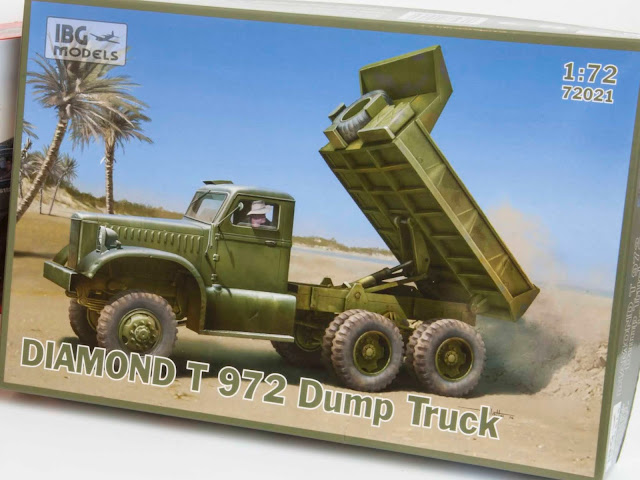