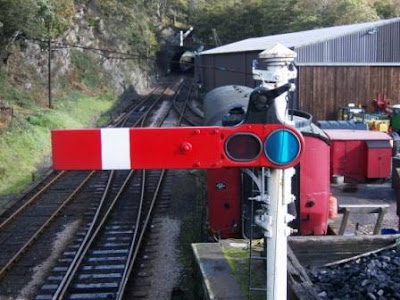 This semaphore is sited at the end of Haverthwaite station. Such a simple principle, the semaphore signal has proved itself an enduring part of the British landscape for centuries.


Just spent the day painting a bevvy of semaphore signal kits before final assembly and appraisal for the Model Rail Supertest that will appear in MR154. Although there's limited choice as far as brands are concerned, there is still a wide availability of signal types to suit modellers of most eras and regions. However, with 99.9% of them offered only as kits, we all have to clear a space on the workbench and get down to some assembly work.

But then, that's not the worst thing, is it? Especially as few signals are ever exactly the same, being tailored to suit specific locations and track plans. Therefore, kit-building and kit-bashing offers a more convenient route to getting the signals that we need. 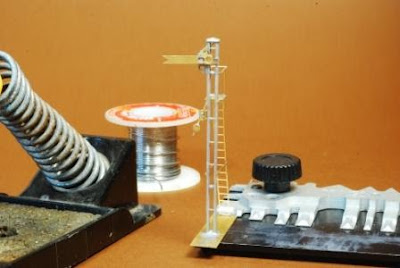 This is a Model Signal Engineering kit of a Southern rail-built Distant signal. As long as you have a decent grounding in soldering technique and a temperature-controlled iron, these are fairly straightforward kits to assemble. They're also highly accurate miniature reproductions. 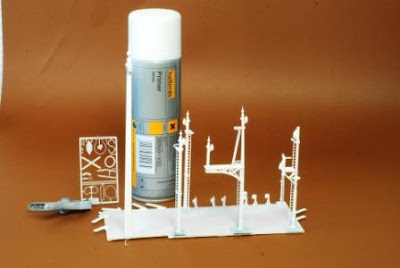 Funnily, it's taking more time to paint all of these signal kits than build them in the first place, not least as it's best to part assemble them before painting and final fitting-out of signal arms and mechanisms. Note the really tall GWR post and etched fret of detail parts - they're from a 7mm scale kit.

In MR154, I'll be giving the full low-down on a variety of kits, as well as offering advice on how to get your semaphores working. There'll also be info on how to illuminate them, such as fitting an LED as seen here...