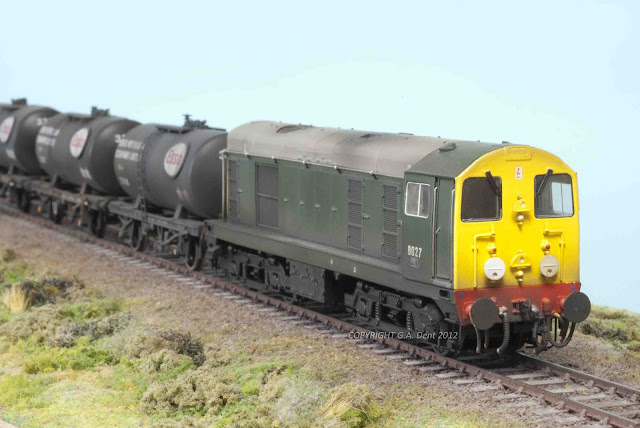 Since the latest Model Rail (MR176) hit the shelves last week, I've had quite a few comments regarding the Railroad Class 31 project, as well as the Workbench Test, featuring a detailing kit for the Dapol/Airfix Class B tank kit. Produced by RT Models, the etched metal bits make a massive difference to the appearance of what is already a jolly nice model - well, if a bit of time is spent in cleaning up the parts during assembly - the moulds are showing their age a bit, which is inevitable for tools that date back 40-odd years.

As well as emails about the detailing parts, the excellent transfers (from Cambridge Custom Transfers) and the Dapol kit itself, I've also been asked about the weathering. The three wagons that I built have only had a cursory weathering job, using various enamels applied by airbrush. I usually enjoy creating lots of nice, oily streaks on oil tanks, but Esso took great pains to keep these wagons fairly clean in service, especially in the late 60s/early 70s when my models are set. 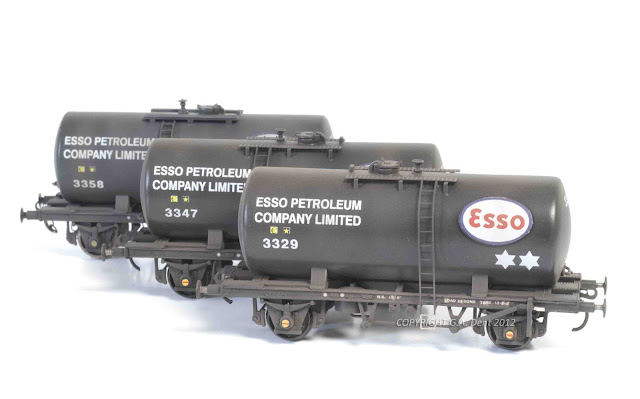