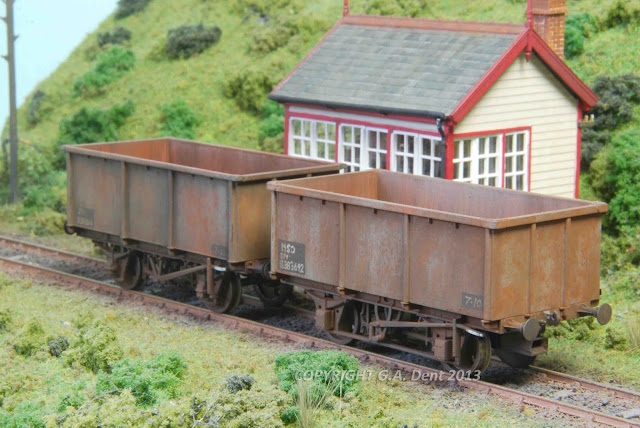 Using some little pots of acrylic medium, some rather dramatic rust effects have been created on a pair of OO gauge iron ore tipplers. The wagons, from Hornby and Bachmann, have been used as a proving ground for some new (to me at least!) techniques and products, namely AK Interactive's 'Worn Effects' and 'Heavy Chipping'. These are acrylic-based fluids that are sprayed onto the surface before applying the livery coats. Having covered the wagon in an approximation of a rusty finish at the outset, the livery - in this case BR grey - is then wetted and removed as desired.

Anything from a few peeling patches to a heavily corroded surface can be achieved and further weathering with paints and powders further refines the overall effect.

As with anything, it takes a bit of practice to get the hang of things and to appreciate how the two fluids behave. But, after these first two ventures, I'm really impressed by the possibilities. Indeed, I can see me using this method a lot in future, so look out for a demo in Model Rail magazine in the near future.

By the way, AK Interactive products are available from most model shops, especially those dealing in military or aircraft kits. 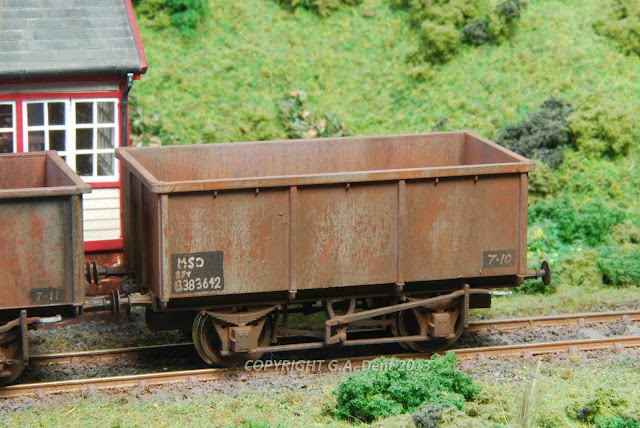