Weathering brings the model to life 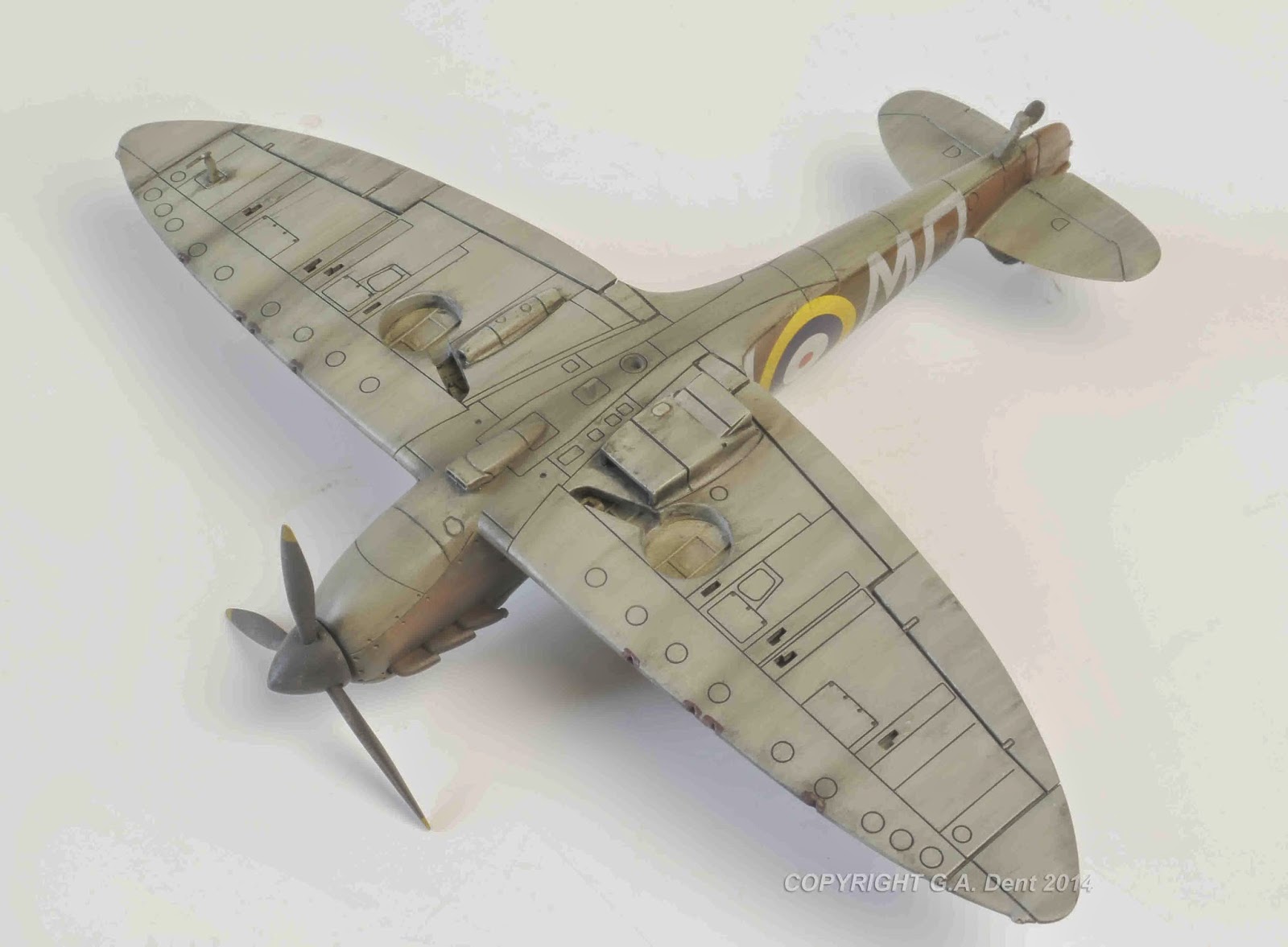 Here are some shots showing progress on the 1:72 scale Spitfire Mk1, with weathering almost complete. I've used a combination of Humbrol washes and Tamiya paints, applied by hand and airbrush. The exhausts have been installed after being treated separately to a textured, metallic finish - an experiment which has been wholly successful!

After a few coats of Tamiya metallic grey, various 'rusty' enamel washes were applied to the exhausts, followed by airbrushed shading and smoke effects using Lifecolor acrylics, which have a very nice matt pigment. It's hard to see in the photos, but the finished effect is really pleasing, with the texture of the metallic paint still being visible.

Quite a bit to do yet, including masking and painting the canopy and fitting all the delicate details, including the landing gear. That might have to wait a week or two, as press day nears for issue 198 of Model Rail - and I have to get on with my 'real' job!