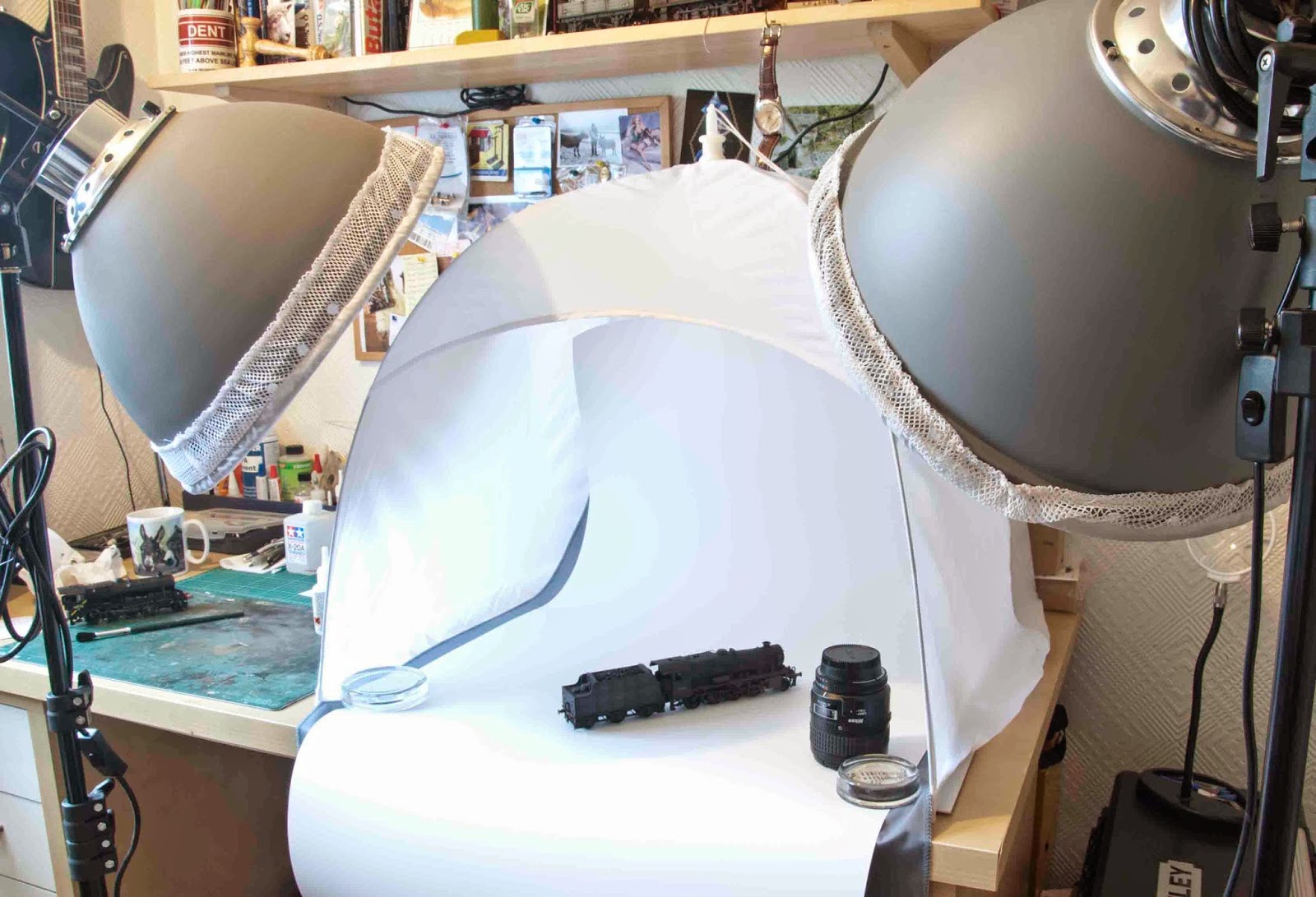 I don't know if anyone else has noticed, but I've been much happier with my model photography in the last couple of issues of Model Rail magazine, due mostly to some new photo studio kit. The pop-up white 'igloo' has been a great help when taking close-up images of models and components, especially those troublesome black steam engines that I've been working on of late. Black locos can be horrible things to photograph at times, but this simple contraption bounces the light all around the subject while at the same time softening and evening it all out. The lack of a 'floor' also allows it to be dropped onto a diorama and back scene, making it a bit handier than some of the enclosed light tents available.

I'd been thinking of trying something like this since Chris Nevard started bringing his light tent to model shows. The clarity that his set-up brought to his product portraits was incredible. I'm also using a roll of brilliant white vinyl sheet instead of the woven background supplied with the igloo.

The igloo - or Kaiser Dome studio light tent as they're officially called - is available in various sizes, with this being the smallest at 58cm wide. It was obtained from Wex Photographic. As you can tell from the photo, I don't have a great deal of space in my work room, so the fact that the tent can be erected and folded away in minutes is a boon. All in all, not bad for £30-odd quid...