New Sprinter enters the photo studio for a portrait sitting 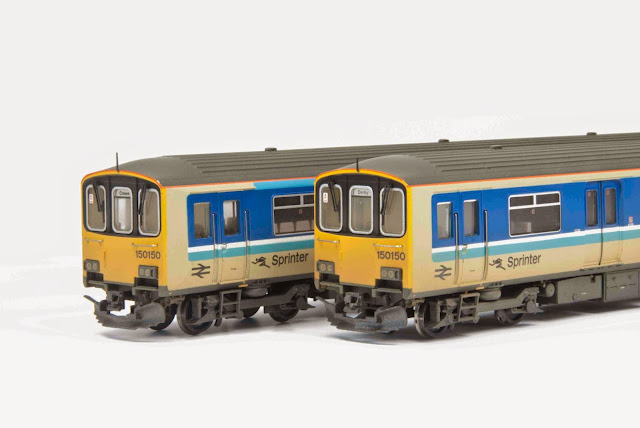 As mentioned earlier this week, I've been tasked with reviewing the latest release of Bachmann's Class 150/1. Having just taken some 'proper' portrait images for the magazine, here's a better sneak preview than my previous effort on the old 'dog and bone'... Something else I mentioned recently, was the inspiration from the new Scalescenes small modern station kit - reinvigorating a long-standing desire for a small DMU-orientated 1980s urban layout. Now that this '150/1' has been sitting on my desk for a few days, the layout idea has just received an extra push....!
Labels: Bachmann Class 150 diesel DMU Model Rail OO review Scalescenes Sprinter