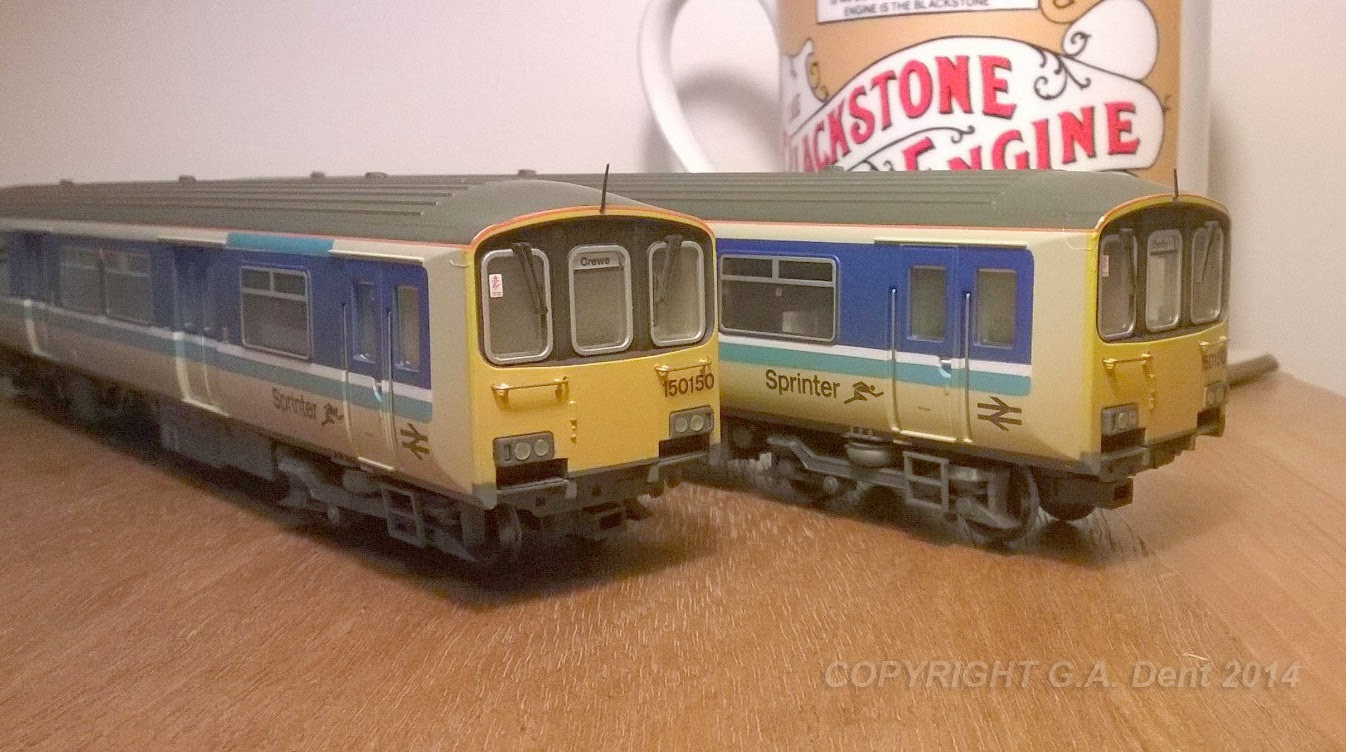 I've just been sent a new Bachmann Class 150/1 to review for Model Rail magazine, and very nice it looks too. Decked out in what is probably my favourite livery for these units, comlete with a subtle factory-applied weathered finish. The twin shades of blue hark back to the British Rail sectorisation period and the 'Sprinter' logos certainly seemed futuristic in the mid-to-late-1980s. In those days of ZX Spectrums and Commodore 64s, 'stickmen' seemed to be all the rage! Seriously though, having displaced the rickety old first generation, 1950s DMUs on many branch and secondary routes, the Class 150s did feel very new and exciting.

Being able to operate the doors at the touch of an illuminated button - wow! This was a big deal for many of us of a certain age and with limited experience of urban transit systems in big cities. No longer did we have to lean out of the window to turn the brass knob from outside - often a perilous task for youngsters who had to stand on tiptoe to reach. How many young people do you see on a HST these days, staring at the doors and expecting them to open automatically?

My first trip on a '150' was between Aberystwyth and Dovey Junction, in September 1986, having changed from a set of Mk1s and a pair of Class 37s on the run through Wales from Shrewsbury. I can well remember sitting with my parents, as we all took in the very plasticky, but clean and bright interior. The early livery, with the pale shade of blue taking prominence, has yet to feature on a Bachmann production run, which is surprising. Also being offered with this latest batch of 150/1s is a contemporary First Great Western livery.