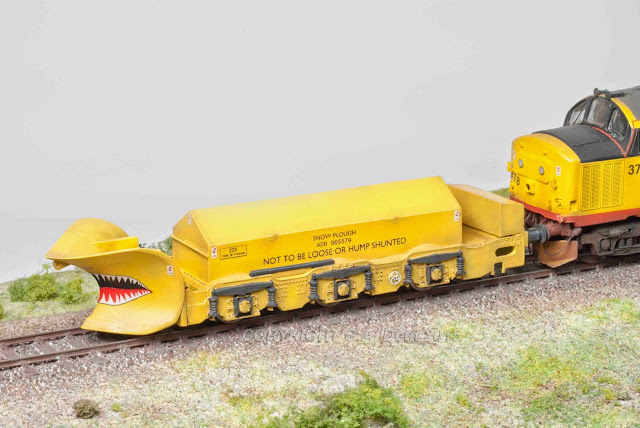 Yesterday I put the finishing touches to an excellent resin kit of a Beilhack PB600 snowplough. Produced by Britannia Pacific Models, it's available in ready-made or kit format and makes for a very striking model, especially if adding the famous shark's mouth logo to the plough blade. The 'OO' gauge kit provides all you need, including wheels and transfers, so all I had to do was supply the paint (Tamiya acrylics in this case).

I opted for the BR 1980s era livery of all-over yellow, but this can often make a model look a bit toylike. So, a little weathering was applied, mostly in the form of differing shades of yellow to create areas of highlights and shadows, followed by some light enamel washes that pick out the raised detail on the ex-Class 40 bogie frames.

I could have gone a bit further with the detailing of the kit - it has been built 'as supplied'. Some scratchbuilt footsteps and a lamp bracket confection over the plough would make it more authentic but, alas, time was against me. You can see more of this model, plus plenty of other snowplough related stuff in the next issue of Model Rail (MR205), out January 22. 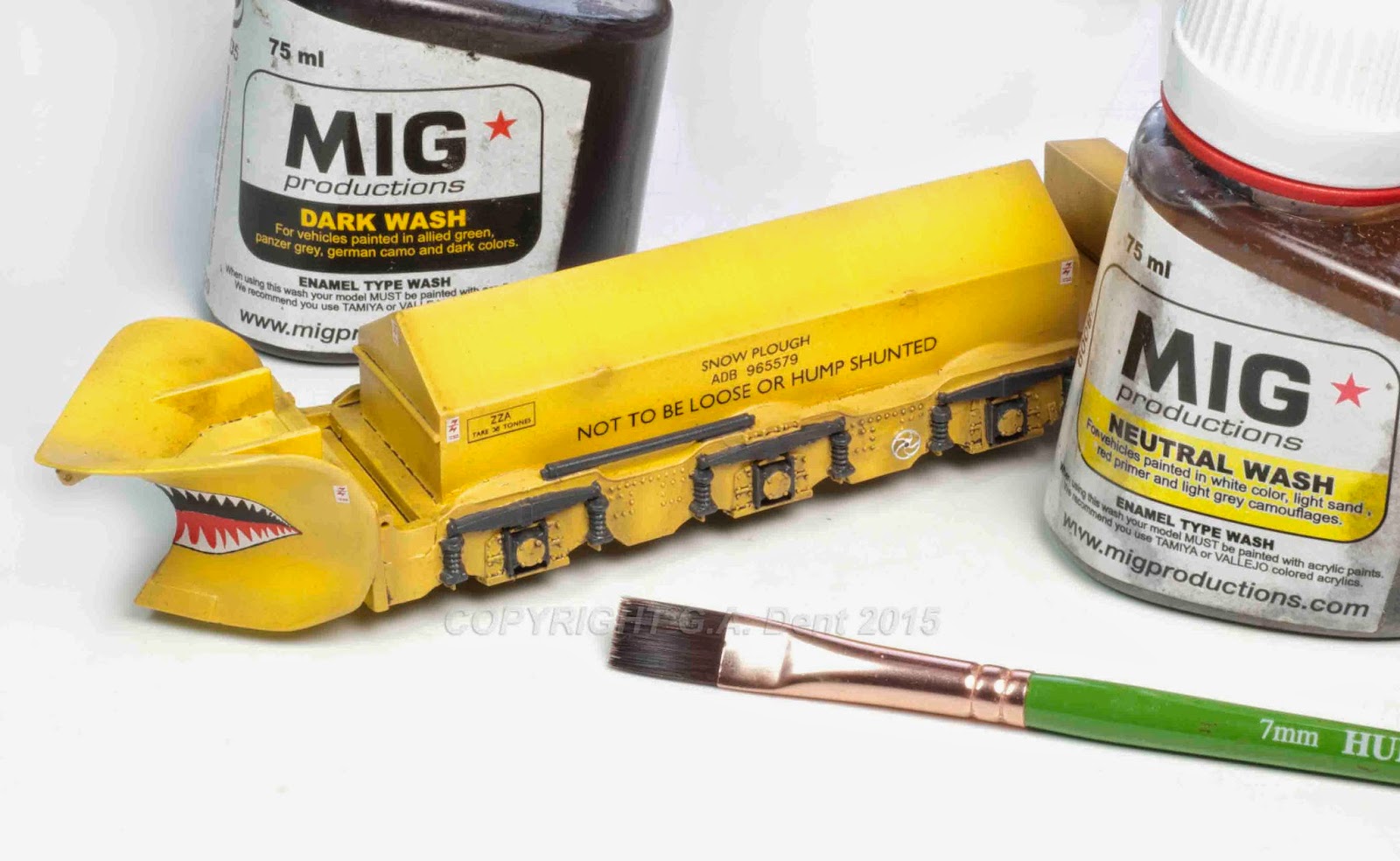 By coincidence, the sight of two pairs of these very ploughs greeted me as I alighted at Doncaster station this morning. I grabbed a quick pic on my phone, so excuse the poor quality. The nearest set is DB965576/7 and they're coupled plough-to-plough using a special bar that hooks onto brackets in the centre of the blade. 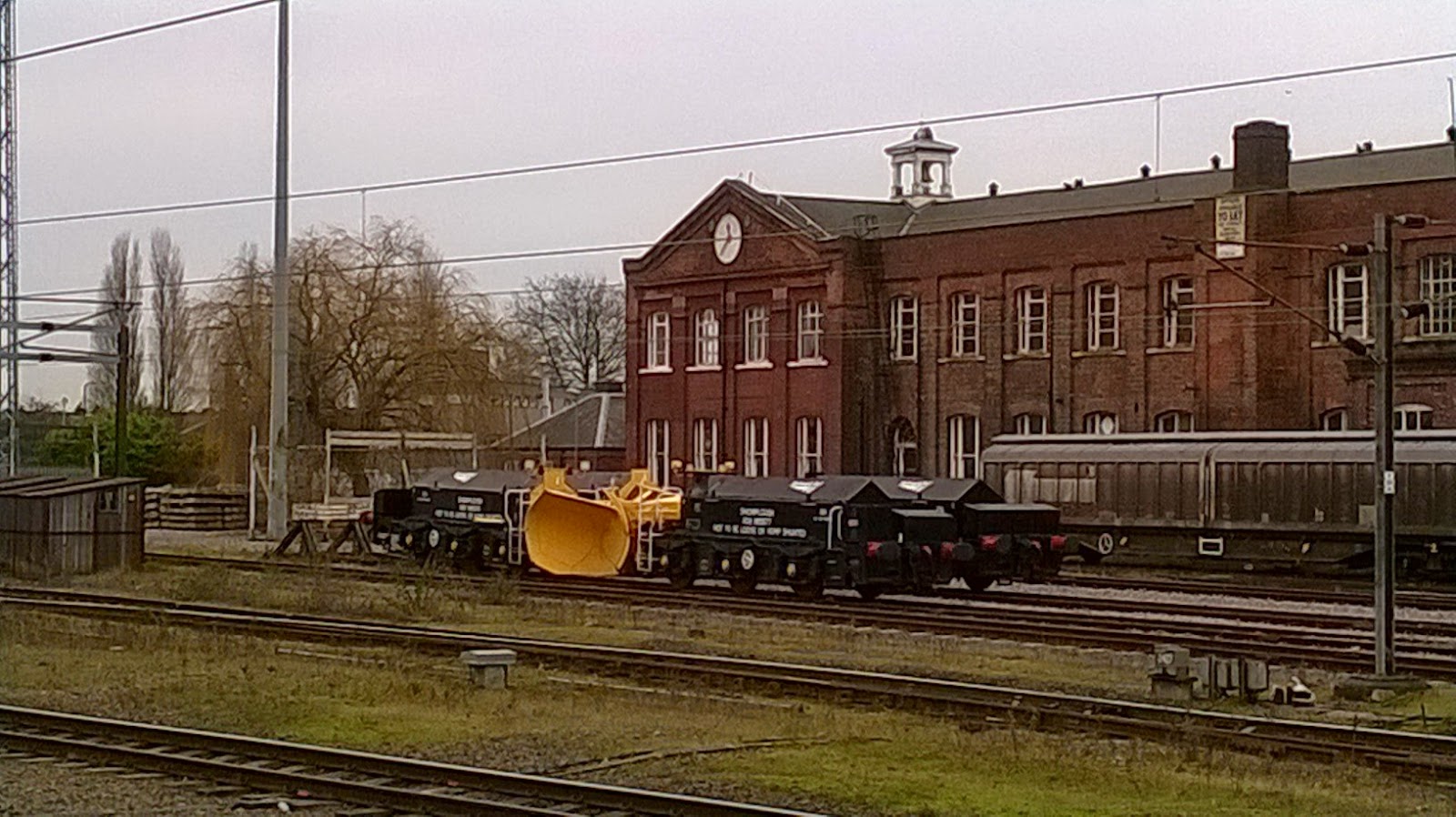