Playing around with reverse loops. 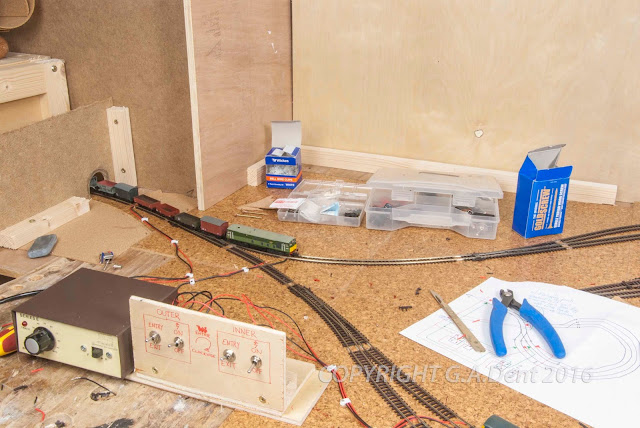 While preparing the next instalment of the Model Rail guide to layout wiring, due to appear in issue MR220, I've managed to cram a double 'N' gauge reverse loop into a 4ftx3ft space. The curves aren't perfect and the fiddly, finescale track proved tricky to work with, especially in a dimly lit garage! But, the electrics worked perfectly, allowing me to isolate each loop and reverse the polarity via a couple of toggle switches. In fact, the wiring bit proved far more enjoyable than the track laying, taking about a fifth of the time...

Running the lovely Farish DMU and Class 24 round the loops and onto a short length of test track has proven rather addictive. Indeed, I'm in the early stages of planning an entirely new layout project, possibly in 'N', and I'm giving serious consideration to including just such a reverse loop.

It's a shame that this will have to be ripped up soon - I need my woodwork bench back. But I'll just have another few goes with the little trains first...! 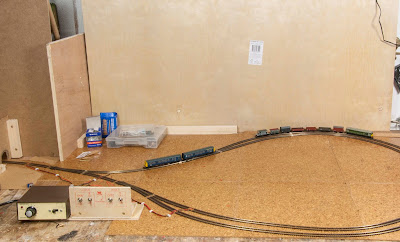