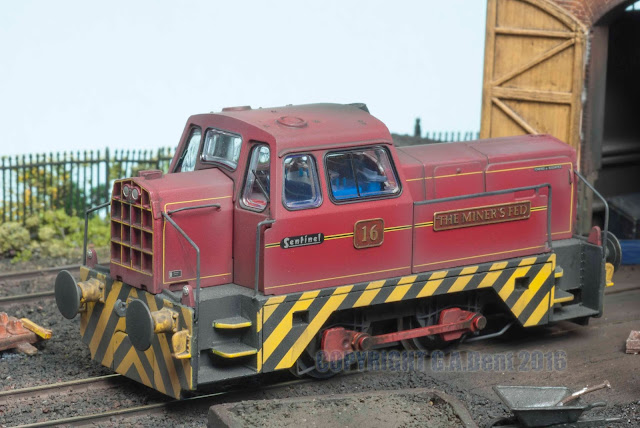 Already looking a bit grubby, the National Coal Board's new Sentinel diesel has been at work on Maudetown Colliery's rail network for the past few weeks. The bright red livery has taken on a dusty appearance, although the shiny, polished finish is still visible in places.

The Hornby model has received some custom-etched name and number plates from PH Designs, but other than that it's straight out of the box. A grey 'filter' has been airbrushed over the livery in order to tone it down. Washes were then applied to the seams and recesses and a few other weathering tricks employed until the model began to look the part. All that's missing is a footplate crew, complete with NCB donkey jackets! 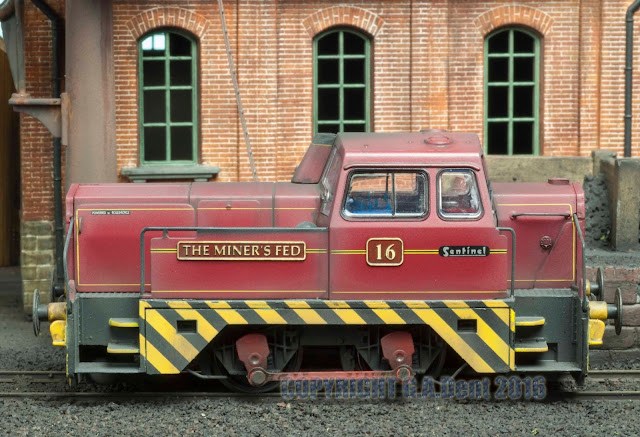