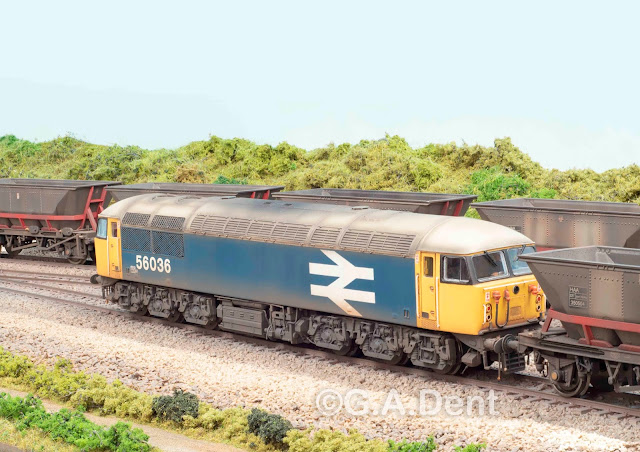 The new issue of Model Rail magazine goes on sale this week (MR279), containing my step-by-step guide to repainting and weathering a OO gauge diesel locomotive - using this Hornby Class 56 as the subject. As mentioned elsewhere, this has been my first full loco repaint for some time, so it feels great to see the finished loco at work, especially with my collection of detailed and weathered HAA hoppers.

I'm sure many will agree that this livery really suited the Class 56s, so I'm chuffed to have added a large logo example to my Type 5 fleet. Especially such a low-numbered example, as not many of the earlier builds received the scheme (is this the lowest number 56?). I depicted this Doncaster-built loco in early-1980s condition, without the orange cantrail stripe and red diamond coupling code decals, so it will look at home beside my plain blue Romanian 56s. 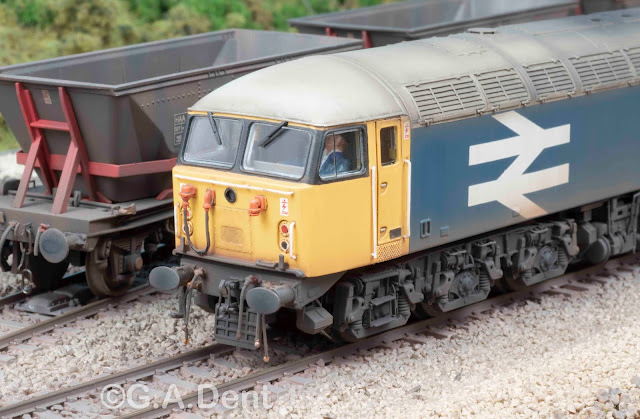 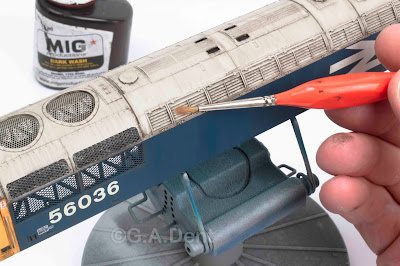 The Class 56 was repainted using Lifecolor's acrylic paints, Fox Transfers logos and numbers, plus a set of data panels from Replica Railways. I didn't add any extra detailing parts, just those supplied with the Hornby model. However, a footplate crew was installed - at both ends - using figures from the Aidan Campbell range. The weathering process consisted of a number of individual stages, beginning with enamel weathering washes and ending with minimal work with the airbrush and Railmatch enamels. Read about the whole project in Model Rail issue 279! 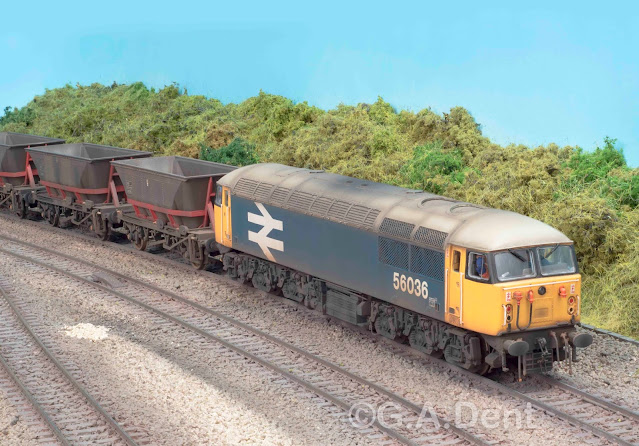