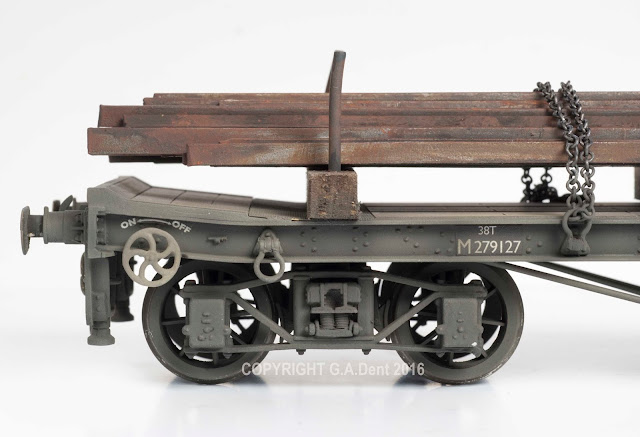 Here's a sneaky peak at the finished Rectank wagon, built from one of the latest 'O' gauge kits from Just Like The Real Thing. It's a real beauty and has provided some great fun during assembly and painting. It will be featuring in the next issue of Model Rail magazine (226), out later this month, along with a look at developments on JLTRT's founder Pete Waterman's epic layout.

In conversation with Richard Foster, Pete described how he wants his kits to be build-able in an hour. Well, I spent a bit longer on the Rectank, but I've always been a slow modeller, especially when building something for the first time. Also, I put quite a bit of extra effort into the finish, with realistic wood grain effects on the load bed in particular. The steel load and DIY bolsters also took some time, but they were my own additions.

However, having built one - and worked out an easy way of getting the compensated bogies to slot together without the springs pinging off into space - I reckon I could knock a few more of these out a lot quicker. But then, as I enjoyed the build so much, I was in no hurry for the fun to end!!