Another Class 37 project is complete - with some innovative transfers employed. 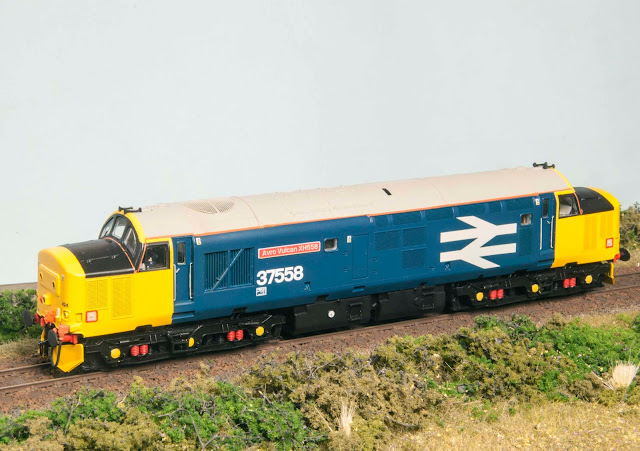 The latest issue of Model Rail magazine (MR229) went on sale last week and features a pair of Class 37s that I've recently detailed and repainted. As mentioned in the last Blog post, a number of interesting new decals have been employed across both models. In this instance, it's a set of 3D waterslide nameplate decals from Railtec.

Etched metal nameplates provide that distinctive relief of the real thing, capturing the raised surround and individual letters. They can be a pain to apply neatly though, with the risk of glue stains and wonky positioning. Cutting them from the fret cleanly can also be difficult, especially with stainless steel 'plates. Filing away burrs without bending the metal is yet another challenge.

Although, with practice and patience, these challenges aren't too difficult to master, but what if there's a quick and simple alternative that can also work out cheaper? Enter Railtec's three-dimensional transfers that really look the part. Some of the 'plates' can also feature screw and bolt heads where appropriate.

Application proved simple, following the same procedure as regular transfers, so there's plenty of scope for getting the names aligned exactly before the decals dry out. A coat of varnish seals everything securely. By the way, Railtec provides a one-stop option for 37424/558's markings, with a single decal pack offering all numbers and logos, plus the nameplates (including a spare just in case!). 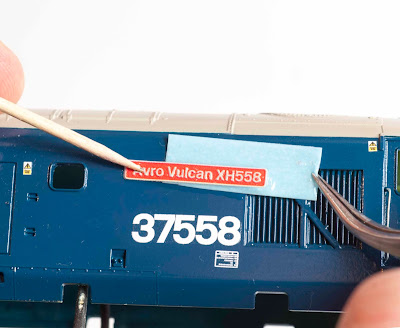 Over summer, the real 37424 was named and re-numbered in honour of the last airworthy Avro Vulcan bomber, that had recently retired. The 558 numbers are only cosmetic, with the original numbers retained on the front ends. This Bachmann model should be making its way to the NEC tomorrow, to be displayed on the Model Rail stand at this year's Warley Model Railway exhibition.

And what of the final '37' in the trio that I have been working on? That is just being finished off and will feature in the January 2017 issue of Model Rail... 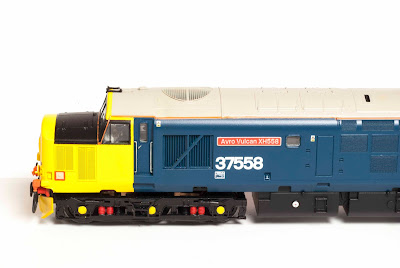