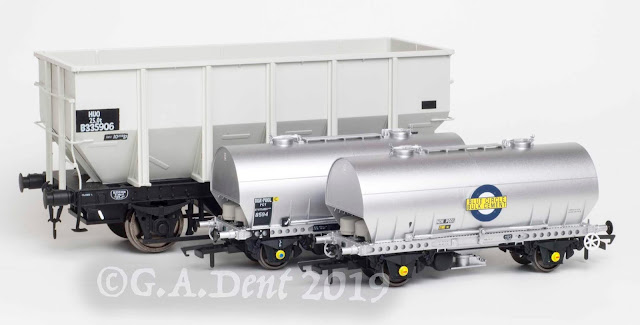 We've been spoiled by Accurascale recently, with a number of new wagon models arriving for review in Model Rail magazine. I've just had the privilege of assessing the 'OO' gauge 'Cemflo' cement wagons as well as the British Railways 24t coal hopper in 'O'.

The 'Cemflo' was a revolutionary design that emerged in the 1960s, improving on BR's earlier 'Preslfo', upping capacity and ensuring more efficient discharge of the powdered cement. Used on a variety of bulk flows around England and Scotland, they continued working into the 1980s. Indeed, my memories of these wagons consist of seeing rakes of filthy, encrusted 'Cemflos' working from Widnes to Warrington Yard towards the end of their lives. Most enthusiasts, however, associate them with the Class 33-hauled trunk services up the East Coast mainline.

There was an ancient Tri-ang model of a similar wagon type released in the 1970s and, while I've seen some impressive detail upgrades/rebuilds of these plastic dinosaurs, the Accurascale models are lightyears ahead in terms of detail specification and authenticity. There's stacks of fine detail to admire on the underframe and bodyshell, while the metallic finish is subtle and effective.

I wouldn't say that I'm jaded these days, but it's not often that I'm moved to place an order for a pack of wagons immediately after writing a review, but that's what I did in this case. A lovely set of the post-TOPS version is now in my collection and awaiting a date in the weathering works. My aim is to recreate those filthy 'Cemflos' that I witnessed as a child, which should be an interesting challenge. 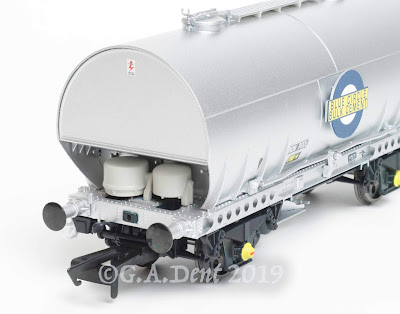 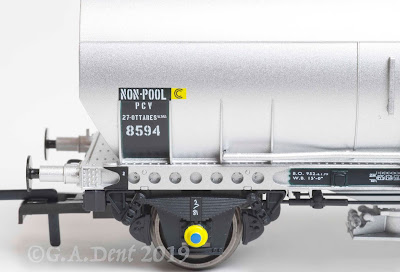 Moving up a scale, the 24.5t HUO coal hopper is Accurascale's first foray into 'O' gauge and it's a very handsome model indeed. As you'd probably expect, there's plenty of fine detail under the chassis, with the hopper door and brake operating gear all present and correct. The profile of the various stanchions and brackets is impressive and the sprung buffers are a real highlight. The wagon features individually sprung axles too, ensuring very smooth performance. Again, this is a wagon that's bound to look even better with a rusty, weathered finish.

Read my full reviews for each of these wagons in the next issue of Model Rail (MR261), on sale 9 May. 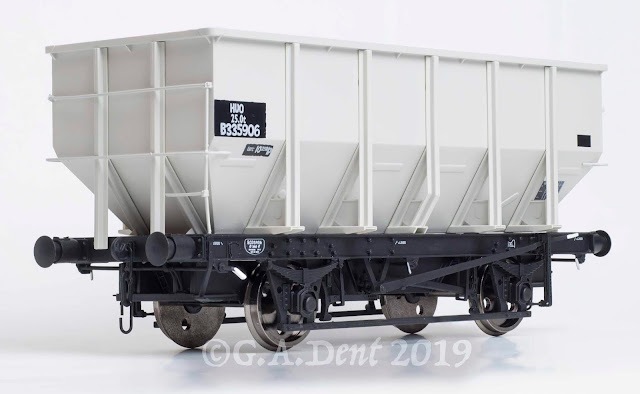 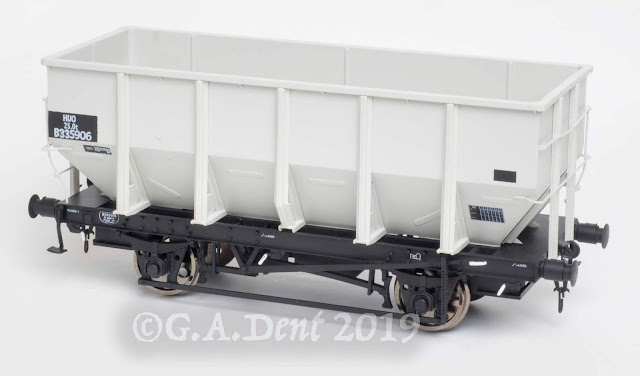