After a quiet interlude in the Dent Workshop, things are getting interesting again, with several locomotive and wagon projects undertaken in the past week. First to be completed is this detailing and weathering job on one of Model Rail's exclusive 'OO' gauge LNER J70s. Produced for us by Rapido Trains, it's an exquisite model and I purposely chose one without the side skirts in order to show off the impressive valve gear and motion.

The lifelike footplate crew are 3D printed figures from the Hardy's Hobbies range, which come unpainted or fully finished. There are a few different figures to chose from, each designed specifically to suit the J70 - with arms posed to match the position of the controls or peering around the edge of the cab bulkheads.

This model features in the next issue of Model Rail magazine (MR262), on sale in 13th June. 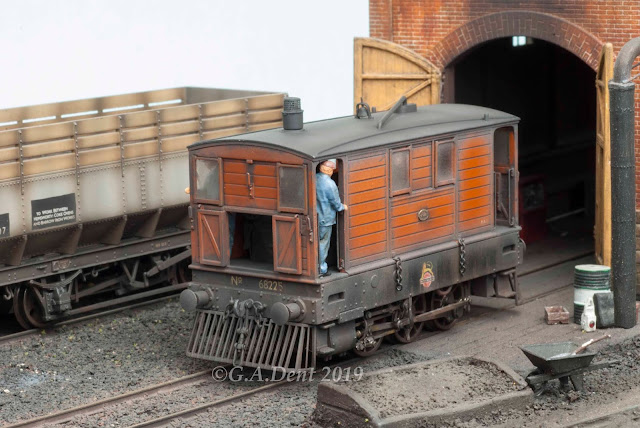