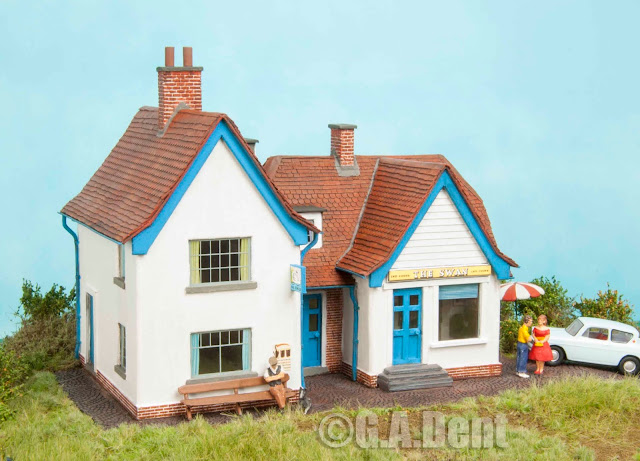 I haven't been doing much modelling since last summer, due to moving to a different part of the country. In contrast to my previous residence, the new abode lacks a proper working space, so I've secured myself a craft studio nearby which is almost up and running. After 10 years of working at home, I'll soon be back to a daily commute into town!

One bit of modelling that I have managed to do recently is this much-improved Superquick card kit, built at various desks and kitchen tables around the UK over the space of a few weeks. I must have built a hundred or so of these kits since I was a kid, but this is the first real opportunity I've had to upgrade the kit to a standard I'm truly happy with. As well as replacing the doors, adding gutters and drainpipes, I also added a textured coating to the walls before painting them, as well as adding areas of embossed brickwork. 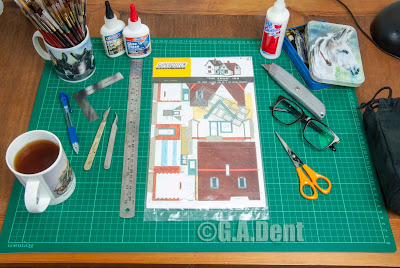 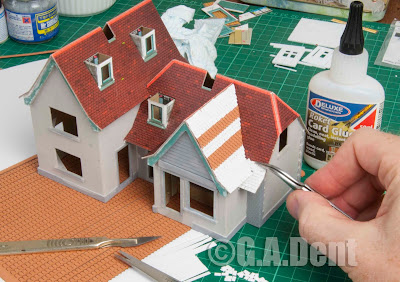 But by far the biggest job was the cutting and fitting of countless individual roof tiles, which has really transformed the appearance of the building. Strips of decorative self-adhesive tiles from York Modelmaking did speed things up a little, but the tiny, irregular-sized tiles cut from paper give the building real character, which suits the inter-war 'cottage' style of architecture. 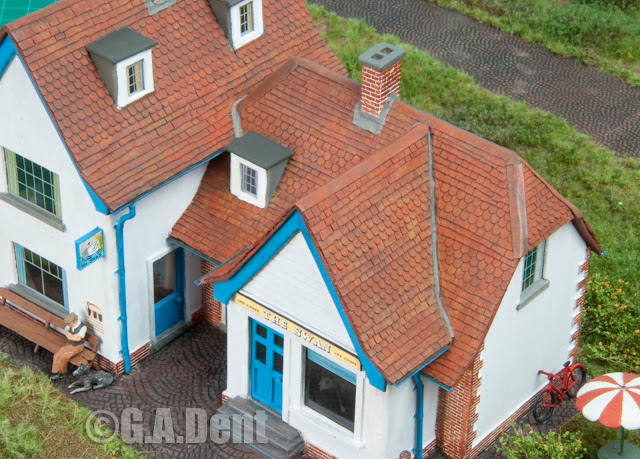 For a full demonstration of this project, see Model Rail magazine, issue 267. 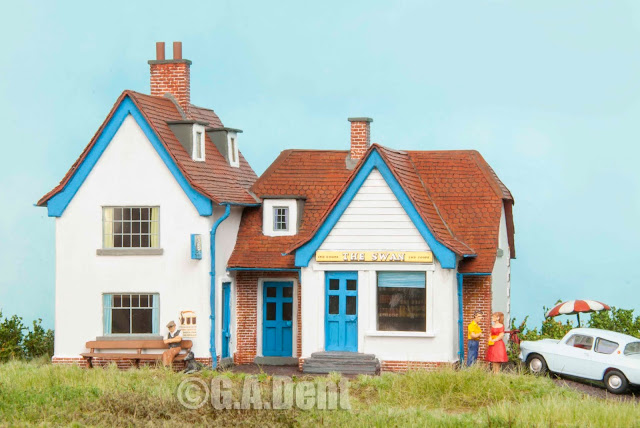