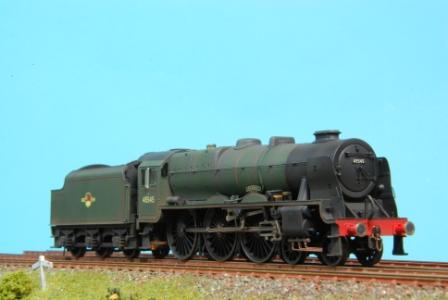 Filming has finally wrapped up on the next Model Rail DVD, 'The Detailing Expert', with the finishing touches added to some of the main players in the film, a Hornby Patriot 4-6-0 and a Bachmann Class 20 DRS conversion. With a rough edit of the footage now in my possession, I shall be making a start on the script in the next day or two, hopefully with an eye to the programme being available sometime around August. Look out for more info here and in Model Rail magazine.

In the meantime, here are a few images of the Patriot and Royal Scot enhancements, using a pair of Brassmasters detailing kits aimed at the Hornby models. The rebuilt Patriot has had the full gamut of improved parts added, whilst the Scot has received just a few upgrades, most notably smoke deflectors, bufferbeam and chimney. 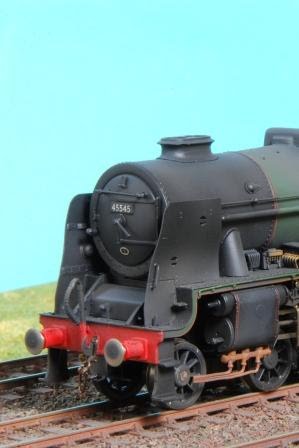 Once painted and blended in with the factory finish, courtesy of a little light weathering, it's hard to tell that so many new bits of brass and whitemetal have been glued onto the model. It's been worth the effort, mind you, as the detailing kit adds an extra degree of finesse to an already good model. 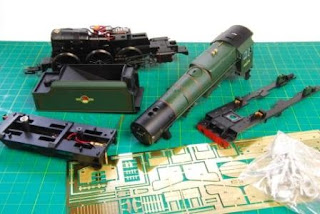 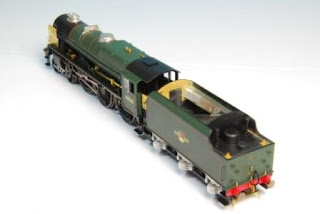 Much of the work is also centred on the tender, with a fire iron tunnel, bulkhead overlays, lifting brackets, lamp irons and new spring/axlebox assemblies. 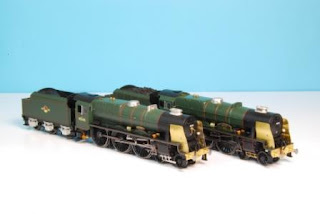