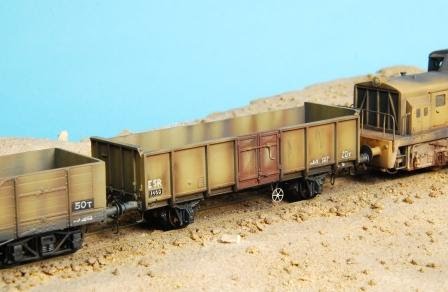 Having only just recovered from a particularly nasty dose of flu, today has seen me ease myself gently back into modelling. Having received a lovely new compressor for review, I set up my mini spray booth in the dining room and painted and weathered a few wagon projects that have been in primer for some time. It also helped that Mrs D has been away, so I didn’t have to worry about any ‘change of use’ issues for the dining table and it was certainly a warmer environment than my shed, especially with the wild weather we’ve had in the past 24 hours.

So, what were the wagons, I hear you cry... They’re destined for use on my layout based in North Africa during World War Two. This is a project that is developing very slowly, with the track plan almost finalised and the baseboard timber obtained. I think I’ve mentioned previously in Model Rail that I had already built the 2 baseboards some time ago, but they were duly ‘absorbed’ into a potting bench for my wife’s greenhouse!

Well, the layout plan has evolved since then and, without the time or space to restart the baseboard construction, I’ve spent the time amassing some suitable motive power and rolling stock. The basic premise of the layout is a recreation of the Western Desert Railway Extension, as built by the Allies in 1942/3, adding a few hundred miles to the Egyptian State Railway’s metals along the northern (Mediterranean) coast.

As this is a purely personal project, pursued as a means of escaping the rigid authenticity demanded by my ‘day job’, I’m taking plenty of liberties with what locomotives and stock are to appear. Indeed, the layout’s track plan is deliberately un-prototypical in order to provide some shunting entertainment... the real railway was, after all, just a long single line through the desert.

To compliment my existing Warwell and Warflat wagons, complete with military hardware loads, I’ve been aiming for some general merchandise opens and vans, with the wagons illustrated here being the first off the production line, converted from RTR and kit-built vehicles. Having looked through hundreds of images in the archives of the Imperial War Museum, these wagons are not a million miles away from some of those in use during the war. In fact, the combination of Egyptian State Railway (ESR), British War Department and captured Italian and German vehicles, made for a motley collection of rolling stock.

Next on my list of wagons to build is a couple of ESR brake vans, complete with a commodious veranda at one end. These will be vital, as most trains were propelled along the desert lines, with Allied engineers keeping lookout from the veranda for mines or boobytraps. 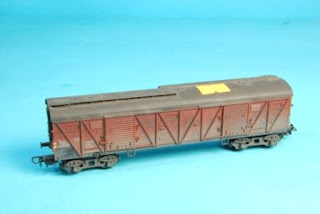 This Piko HO gauge bogie van was picked up from my local model shop for a few quid. The previous owner has attempted a fairly rough weathering finish, but no matter – it was soon stripped down ready for repainting. 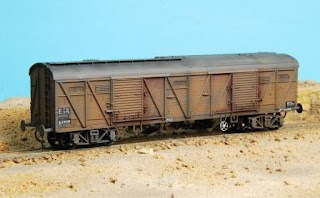 New buffers, ladders, couplings, bogies (Parkside) and wheels have been added, along with various other small details from the scrap box. Once painted and weathered, the lovely surface relief can be appreciated. Despite being HO scale, it doesn’t look out of place with OO stock. 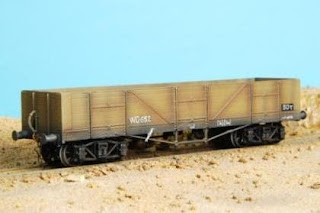 This Ratio kit is designed to be a recreation of an LMS ore wagon but, again, it has been adapted for War Department use. New buffers, wheels and couplings are the only additions to the kit. 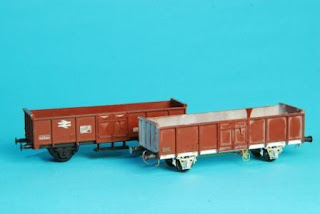 I’ve had a bunch of these old Lima wagons since I was a kid and they're definitely not of BR origin, despite the markings. They're well suited to ex-German or Italian subjects, however. 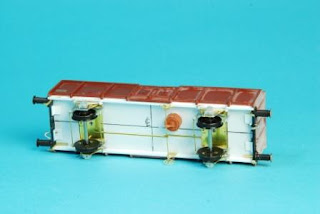 With a new scratchbuilt underframe and some basic vacuum brake equipment, buffers and couplings, it’s not too different from some of the steel opens used in Egypt during the Forties. 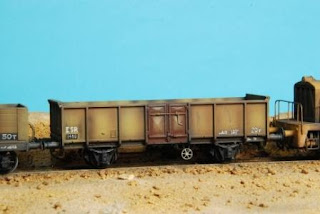