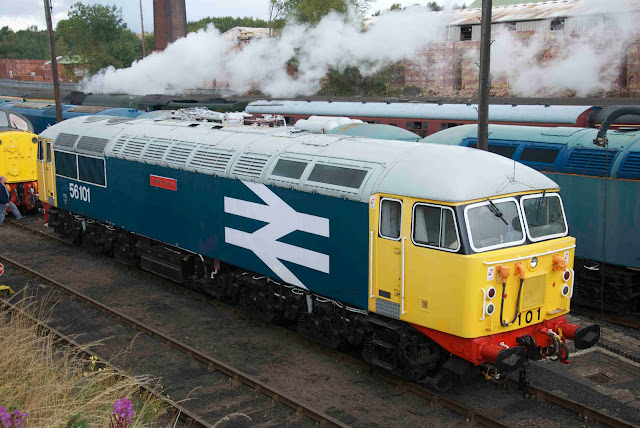 After a terrific weekend at Barrow Hill, here's a small selection of images from this year's Model Rail Live event. Thanks to everyone who came and we hope everyone had a great time - we did! Above is 56101, specially named Frank Hornby by a Model Rail reader on the Saturday. It had been bulled-up nicely for the occasion. I wonder if this means that Hornby will at last be offering a new '56' in large logo blue?! 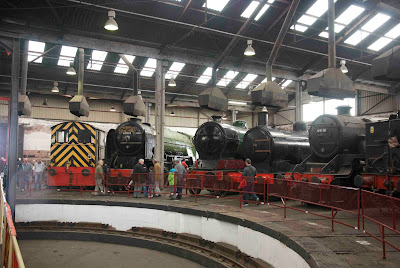 Barrow Hill's roundhouse is hard to beat for railway atmosphere - it's what a railway museum should be like (take note NRM). There was a wealth of steam, diesel and electric traction to be seen and enjoyed. 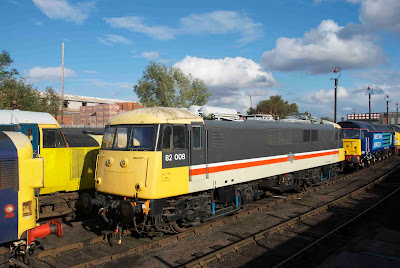 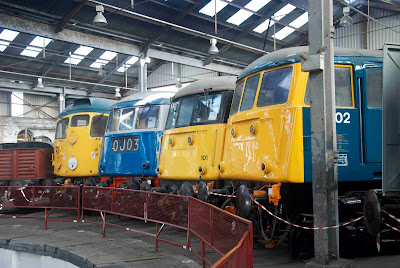 More AC electrics and a '26' sit around the turntable. It was also good to see progress on the preserved 58016. You know you're old when a loco that you remember being built becomes a museum piece... 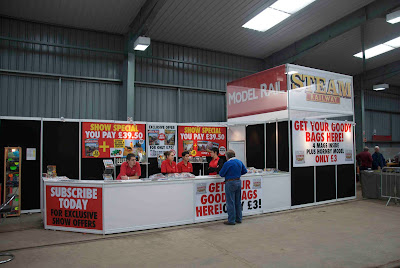 The calm before the storm! The Model Rail stand in the DPS shed looks quiet just before the gates opened, but it wouldn't stay that way for long! It was nice to meet so many readers (of MR and this Blog!) and we were all kept busy selling our various limited edition models and magazine 'Goody Bags' that fairly flew off the counter. 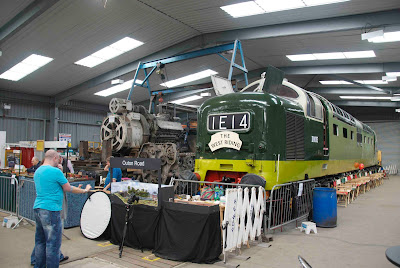 If only we could all work in the presence of a Deltic! This was the view from the Model Rail stand all weekend, in the Deltic Preservation Society's shed. D9015 Tulyar's progress is looking impressive and I enjoyed looking around the various spare Napier engines and components salvaged from Navy gun boats from around the world. Oulton Road, a lovely little 'OO' layout to be seen in front of the loco, is in the process of being 'snapped' by Chris Nevard - look out for it in Model Rail sometime soon. 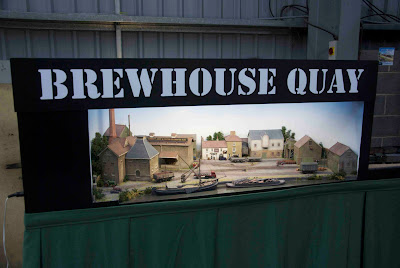 Mr Nevard's own layout, Brewhouse Quay, was also displayed and I was lucky enough to spend a few hours operating it on the Sunday. Talk about addictive... Chris asked me to have a quick go and he had a job getting me off it!! It's a pleasure to operate and proved very popular with visitors all weekend. 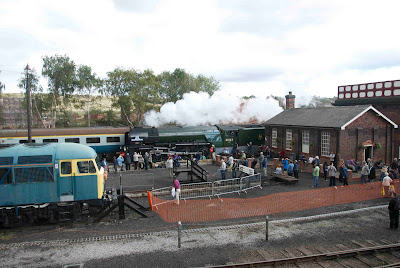 The East Midlands Trains shuttles from Chesterfield to Barrow Hill proved very popular (I have to admit to taking the vintage buses instead - although they were younger than my old Micra!!). Also drawing the crowds were the steam services operated by Tornado and Mayflower. I'd fancied a ride on one of these but never got the chance. Maybe next year?!
Labels: AC electrics depot diesel Model Rail prototype shed Steam