Airfix kit finished and installed on a wartime diorama 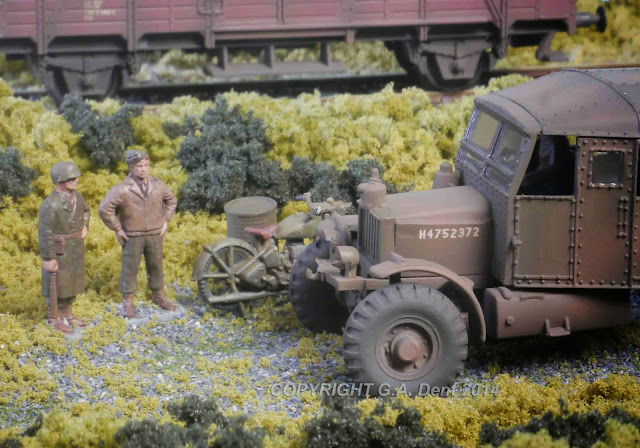 Here are some pics of the completed Airfix Scammel transporter. Posed with it is a pair of Airfix 1:72 scale US Army figures, as rendered in that horrible greasy, bendy plastic that is a nightmare to paint! Chris Leigh sent me a pack of these last week with a brief of finding a way of finishing them. After messing around with a variety of products, I think I may have found a way, but that is a subject for a forthcoming Q&A in Model Rail magazine soon.

The BSA motorcycle, by the way, is also from Airfix, as included in the excellent new RAF ground vehicle/re-supply set. It's a cracking little model, assembled from three pieces and with a wealth of detail.

Can't wait to get my teeth into my next military-themed kit. In fact, there's an Airfix Spitfire kit on the shelf that might have to be opened sooner rather than later... 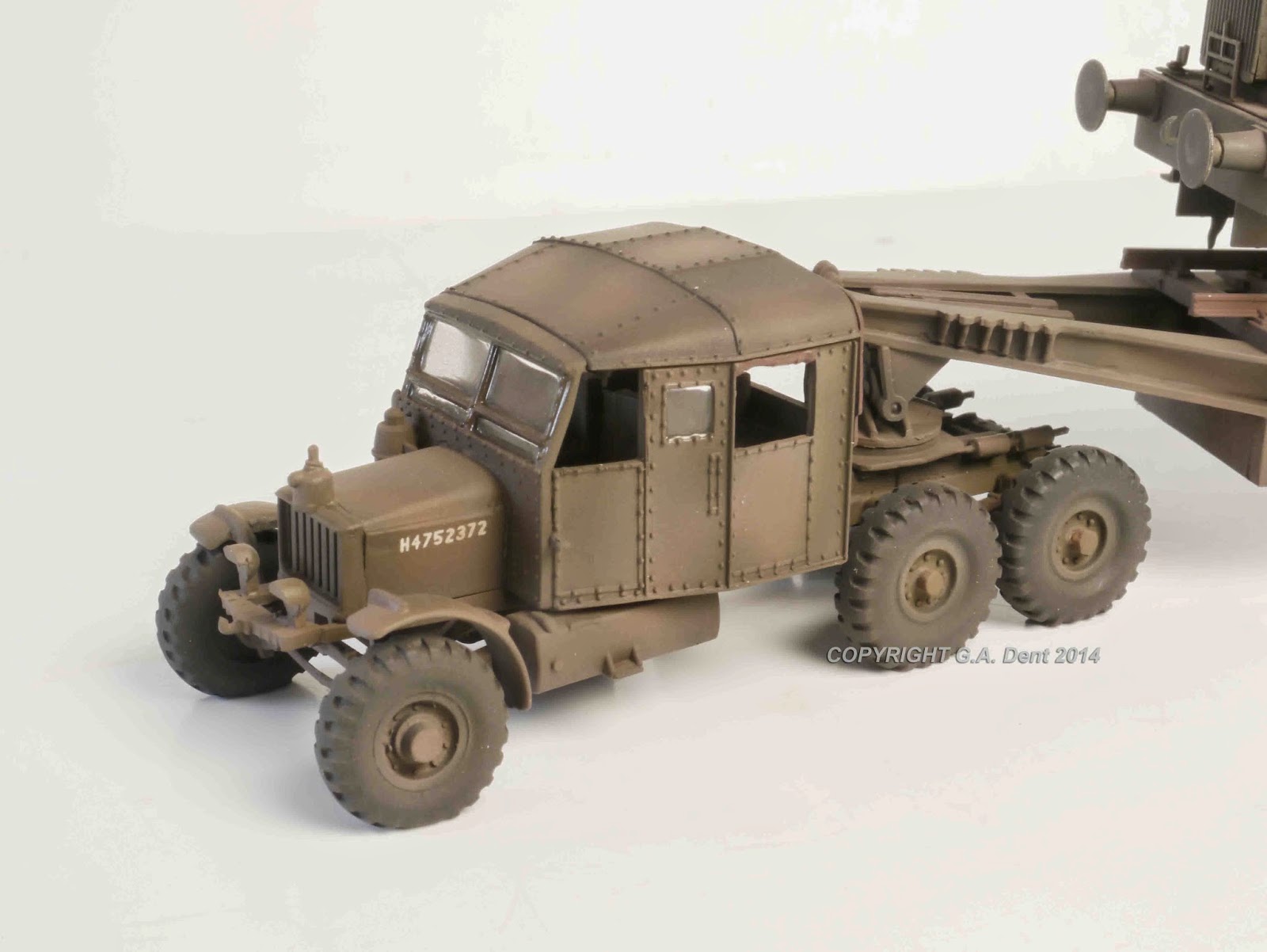 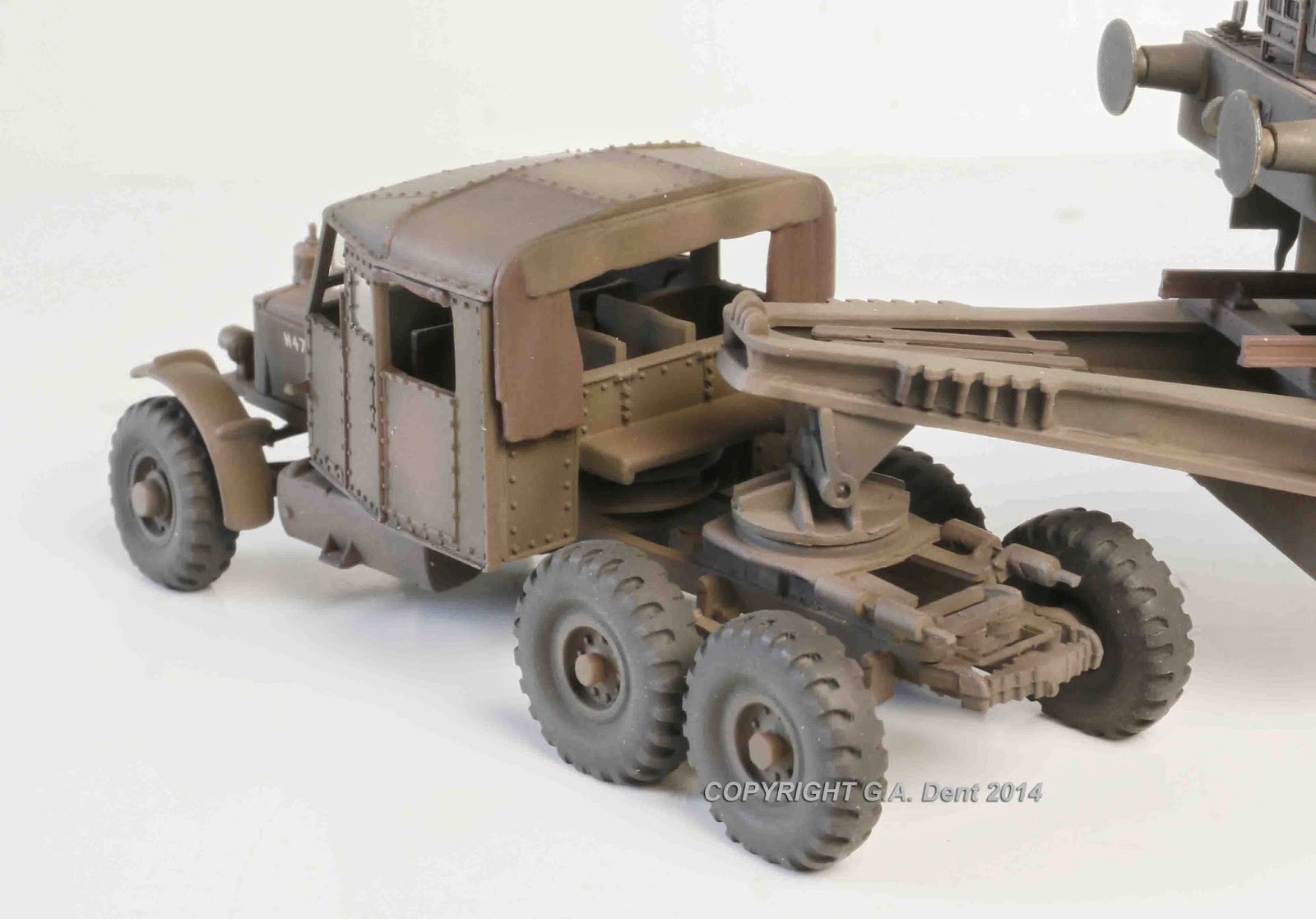