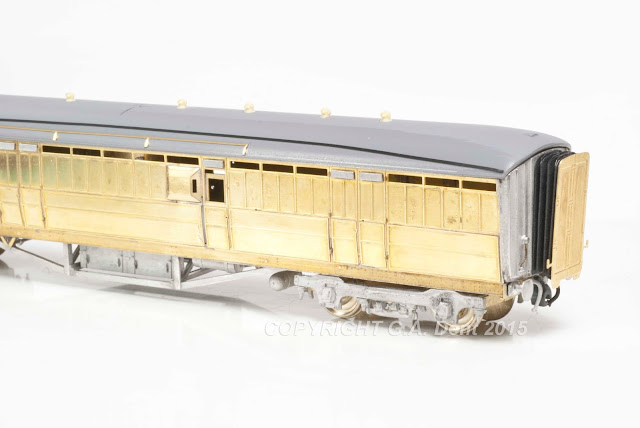 A little progress has been made on my LNER full brake carriage, with the MJT kit now riding on a set of the same firm's compensated bogies. The roof has also been formed and detailed, although I need to fabricate some mounting brackets so that it can be bolted to the body. the inner edge of the roof needs fettling to give a seamless join with the cast metal ends, as there's a hefty gap there at present.

There's still quite a bit of work left to do before I can spray some primer over the thing, with solebar footsteps and a few other details to be installed. I've also made up a set of paper bellows-type gangways, although they're only held on with Blu-Tack at the moment, just to get an idea of how they look.

It can be tempting to hurry at this stage, to see how the model will look with a coat of paint, but I want to give the carriage a bit of on-track testing first, as any tweaks or modifications will be easier to make before the paint job has begun. Anyway, I doubt I'll get time to do anything else on this before Christmas - too much magazine work to get out of the way first...! 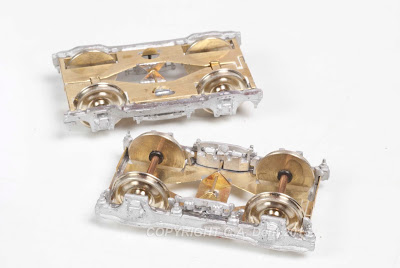 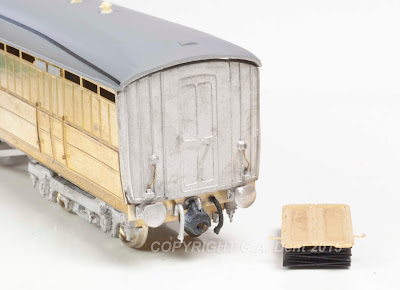