GWR 28XX gets an unorthodox repaint. 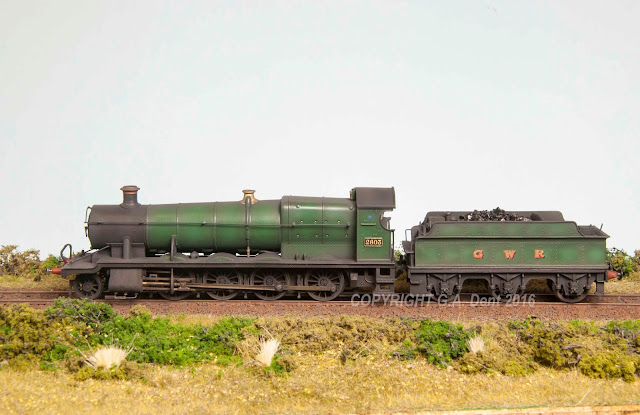 I recently obtained a secondhand Hornby 28XX, complete with replacement etched brass chassis and a whitemetal tender. In fact, the only remnants of the Hornby model are the boiler, smokebox and cab. While the mechanics of the model were sound, the paint job was a little rough and ready. And besides, I fancied a green version with GWR lettering rather than the austere BR black that the model arrived in.

Luckily, the plastic loco bodyshell was self-coloured plastic, so all that needed was a rubdown with abrasives and a good scrub. The tender, however, needed stripping back to bare metal and I trialled AlcladII's new airbrush cleaning solvent as a paint stripper - it worked in seconds! Simply brushed on, a little at a time, and the bubbling paint was removed with an old toothbrush (don't try it on plastic models!). The controlled application also meant that only the body sides and ends could be treated, without affecting the chassis or bunker. The tender was then cleaned and degreased with Isopropyl alcohol. 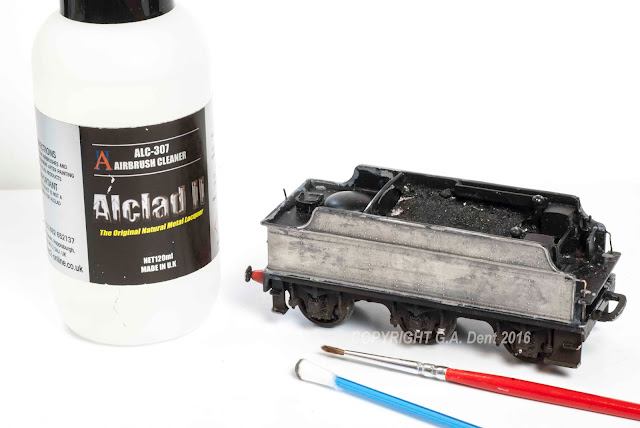 After priming, with AlcladII white micro primer/filler, I employed a pre-shading method, using a strategically placed undercoat of black paint to provide dark shadows beneath the livery coats which then followed. But instead of just spraying the whole thing in a flat, even coat of Brunswick Green, I mixed a few different shades (using Railmatch enamels), both lighter and darker than the original. These were then sprayed through the airbrush in particular areas, to create high and low lights.

It all sounds a bit of a faff but, once you've tried it a couple of times, it can be a rather speedy process. With the green sorted, the black areas and red bufferbeams were treated in a similar fashion, followed by detail painting including the brass and copper fittings.

So, what's the point? The idea is to create a model that looks more realistic, with a lived-in appearance but without actually being dirty. Only minimal misting of 'dirt' colours was applied at the end, mostly to the chassis, smokebox and boiler top, more to impart a flat matt finish than anything else. the rest of the loco was given a very subtle, semi-gloss sheen, suggesting years of use on the mainline, in the smoky environs of the 1930s, but with regular cleaning with oily rags. 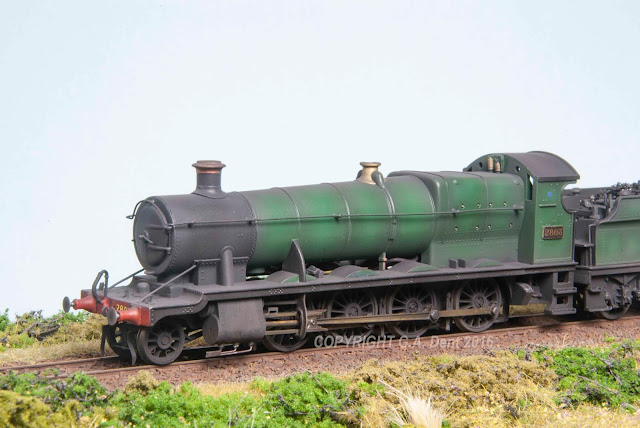