With the boards assembled, thoughts turn to the scenic section. 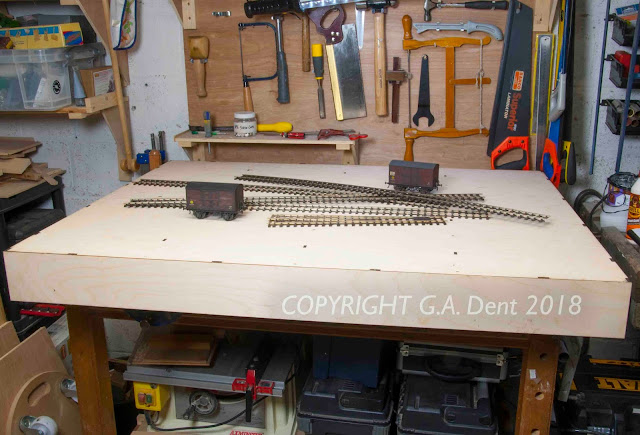 As the current issue of Model Rail magazine explains (and a previous Blog post), I've been building a smallish 'O' gauge layout. Having erected a Tim Horn laser-cut kit plywood for the main 4ft x 3ft board, I've also built my own sliding traverser fiddleyard, which seems to be working well. The story of the traverser will be covered in Model Rail issue 247 (on sale 12 April). Next job is to form a backscene frame, fascia and lighting rig, before track laying can begin.

As the backscene will be shaped to compliment the scenery, I do need to finalise the arrangement of the buildings and other structures, so that means getting the trackplan settled too. I've tweaked a couple of things from my original idea, but the main thing occupying my mind is how to disguise the trains moving on and off scene. A bridge, or strategically placed (and sized) buildings? 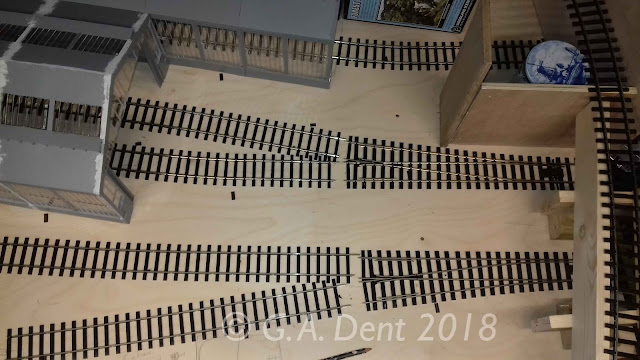 Having originally considered the use of buildings, I did waver for a time, thinking a rail overbridge would look striking. I even mocked up the scene with scraps of wood and boxes. Having left the scene set up in the garage for a few weeks, glancing at it now and again from different angles, I'm thinking of reverting to the original idea of buildings. Perhaps a mix of styles - brick and concrete, to tie-in with the post-1960 style of the depot.

This is where taking one's time in the planning stage helps, rather than ploughing on with something and then realising that you don't like it. Mind you, that may still happen! But at the moment, I'm pretty satisfied with the track arrangement and the scenic ideas. Now I just need to find a few spare hours to start on the backscene framing, preferably once the weather starts to improve. I've had enough of working out in a freezing garage... 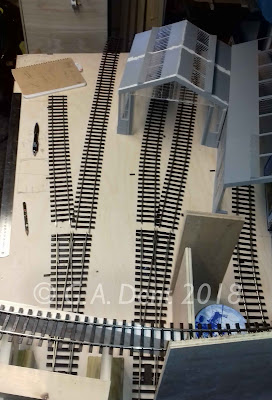