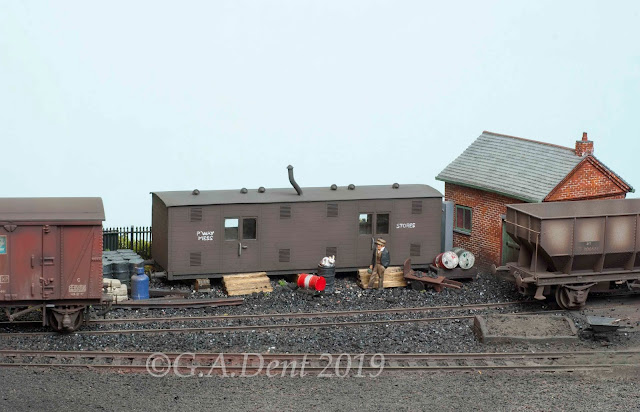 The kit is made up of a slot-together MDF framework and card overlays that possess the requisite plank, door seam and bracket detail. Indeed, the sides are laminated in two layers, providing a realistic degree of depth around the panelling and ventilation louvres. The natural surface texture is also very convincing, with the model really coming alive during the painting and weathering stages.

Only the body is provided, with modellers required to source the necessary underframe components to create the six-wheel chassis. While there are various options to explore, with brass, whitemetal and 3D printed components available from numerous sources, I opted for an easier - and more convenient - solution...

I've been after a distinctive van body to act as a grounded mess/stores in the corner of a yard scene, so this model fitted the bill perfectly. The two sets of twin doors suggested that the van could be partitioned into two separate rooms, with a stove installed in the mess room for the local permanent way gang. Accordingly, a set of timber bolsters and footsteps were created and the finished model installed into the yard. 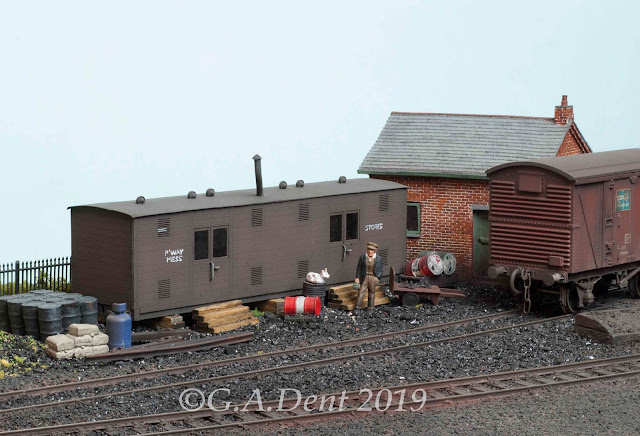 This project proved to be great fun - the kit is great and the finished model really looks the part and the whole thing only took a couple of afternoons to complete. A full demo will appear in the next issue of Model Rail magazine (Issue 263), on sale 11 July. 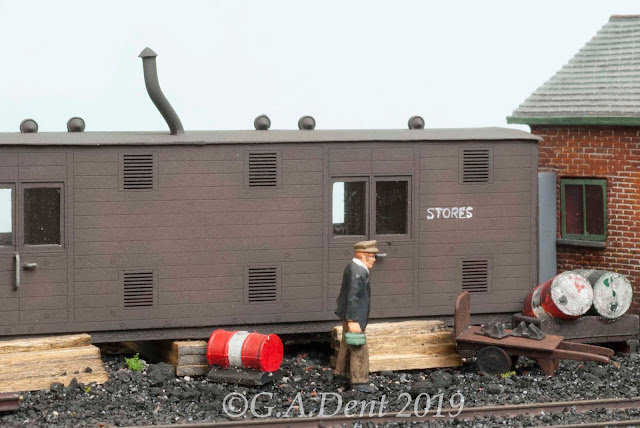