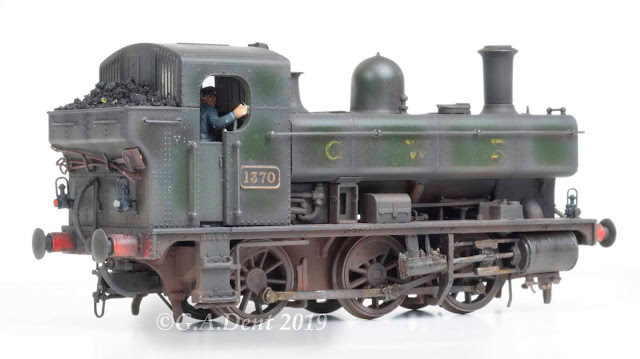 After sprucing up a J70 last week, I've moved onto another diminutive 0-6-0, in the form of a GWR '1366'. Using Heljan's handsome 'OO' gauge model, I've visited an aged and weathered finish upon it, with the aim of replicating the real 1370's appearance in the early 1950s. Archive images show the loco still wearing the GWR lettering on the tank sides, albeit in a faded, partially worn-away condition. This was convenient, as I'd originally thought I'd have to repaint the model into BR livery! 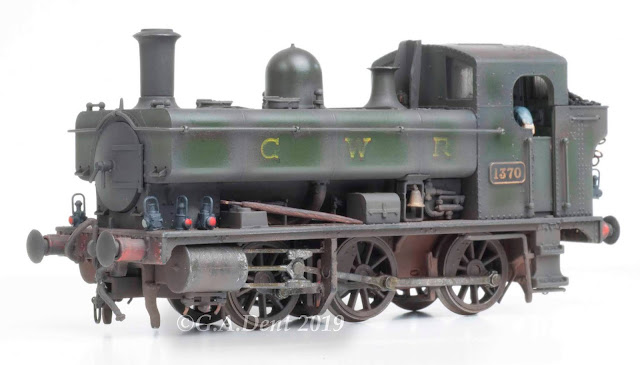 The addition of a small bell to the footplate on the fireman's side marks this engine out as working on the Weymouth Quay tramway. Other extra details consist of a footplate crew, oil lamps, fire irons and a scratch-built shunter's pole. I've also fettled the chunky plastic buffers, which has made quite a difference to the model's appearance, while the metallic sheen on the motion/connecting rods is also a big improvement. 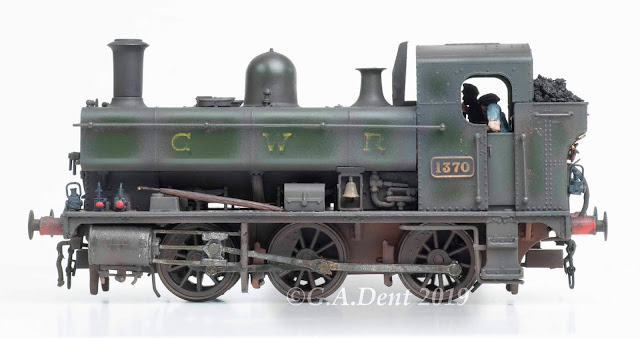 This model features as part of a Masterclass on the subject of Dock Shunters, which will appear in the next issue of Model Rail magazine - on sale next week. 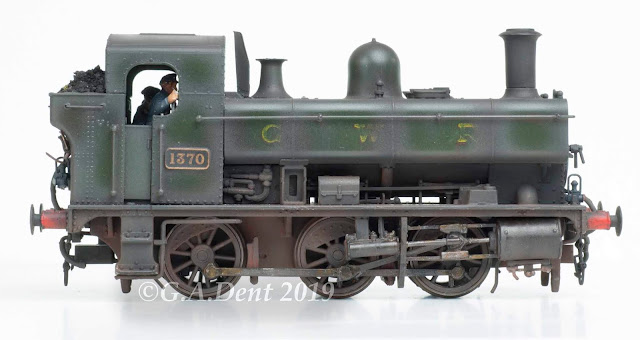