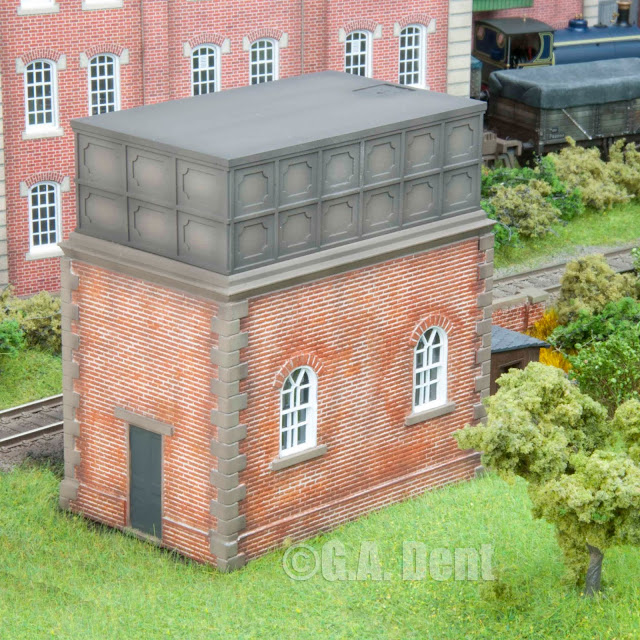 Although it seems like yesterday, it's a good 15years since I built a simple trainset for my niece, which then passed to my nephew, whose interests have only just moved onto guitars and other teenage stuff. Rather than bin the whole thing, I salvaged as much from the trainset as possible, thinking much of it could be re-used in future.

Within a couple of weeks, I was glad that I had, as I needed a compact brick-built water tower in a hurry for a small layout. The salvaged Hornby model fitted the allotted space perfectly, but it did look rather basic. Consisting of a printed 'brick' base and a separately moulded tank section (which is rather nice), a re-cladding job was deemed necessary. 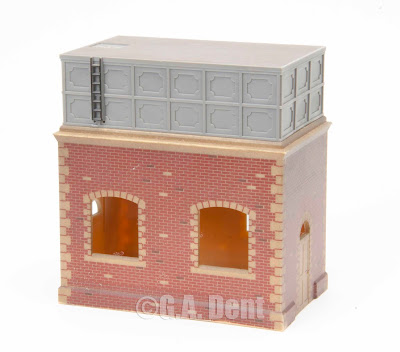 Armed with sheets of Slaters embossed plastic sheet and some Wills corner stones, a much more convincing outer layer of masonry was created in the space of a busy afternoon. I also had a couple of laser-cut windows from York Modelmaking going spare, so the apertures were modified to accommodate these units on one side only and the existing door was retained at one end. After painting and weathering, the model looks really attractive. A small Wills timber shed has been added as a p-way hut or stores, adding a bit of extra interest.

It could do with a ladder adding on one side, to allow access to the tank, but that's a job for another day. Right now, I'm just glad that the model was on hand when I needed it, allowing this layout to be completed before the great national lockdown. And it saved me a few bob!

See a full demo of how the re-cladding was achieved in the next issue of Model Rail magazine, on sale 16 April. 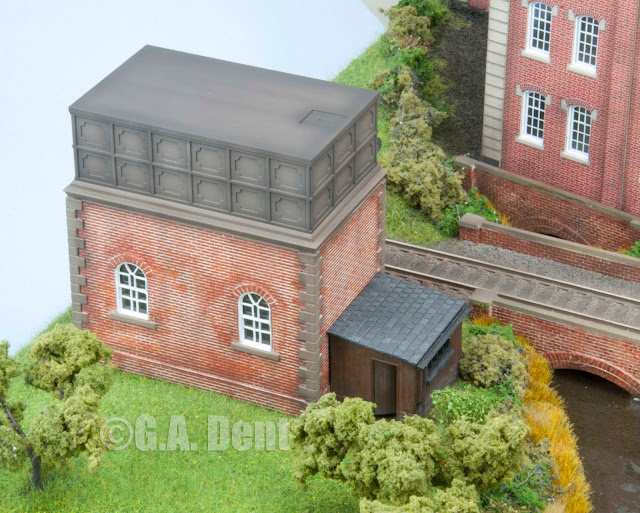 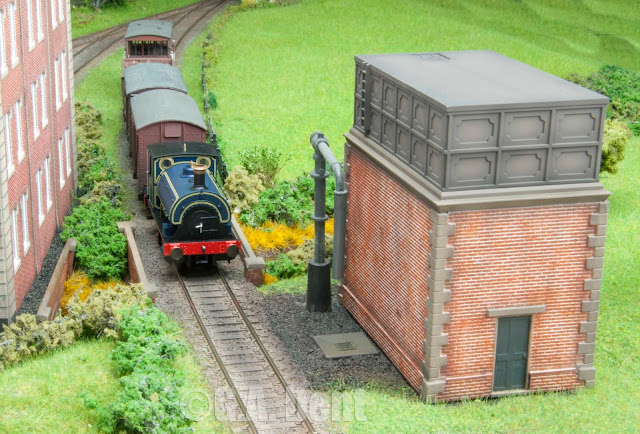