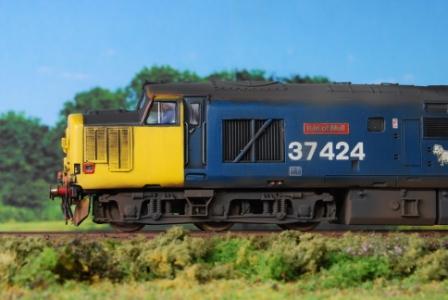 Today, I've started work on a feature for Model Rail with a working title of 'The Ultimate Class 37', using a new Bachmann OO model as a basis for a little super-detailing work. In fact, the model is an exclusive limited edition rendering of the preserved 37003 in late 70s/early 80s BR blue livery, produced on behalf of the Class 37 Loco Group as a means of raising funds to get the real '003 back on the rails. But, more of this a little later...

While I was rooting through some stuff for this '37' feature, I came across a Hornby model that I comprehensively rebuilt for my first book project, Detailing & Modifying RTR locomotives, Volume 1. Taking an old Hornby shell and revamped chassis and using various bits of a spare early-issue Bachmann version, mixed with a few Shawplan, A1 Models and Dave Alexander bits, and lots of filler, it took a long time to finish.

I raised the question in the book of 'Was it worth it?" and I still stand my my affirmative answer. It's not perfect, but it doesn't look out of place on my layout. Besides, it was certainly good practice for detailing and conversion work and it meant that an old model (dating back to the late 1980s) with a big sentimental attachment, lives on in my working fleet. 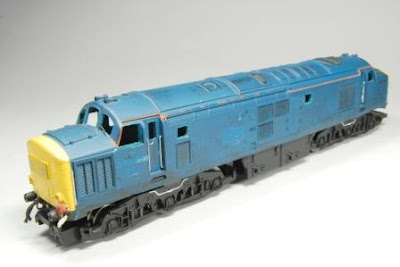 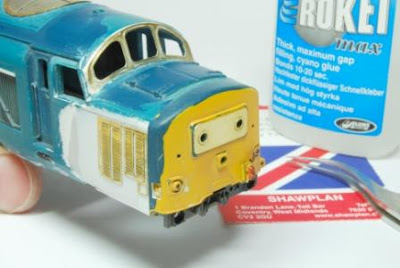 The nose from a Bachmann 37 was grafted onto the Hornby body and the sides re-profiled to match. Lots of etched bits were added, mostly from the Shawplan range. 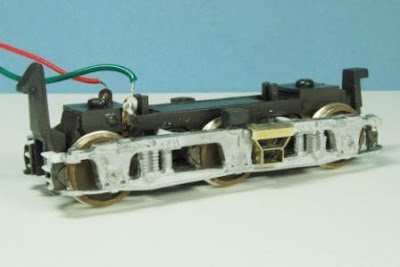 New bogie frames, from Alexander Models, replace the Class 47 pattern units on the Hornby chassis and Ultrascale wheels have been fitted. With a new 5-pole motor, it runs quite well. 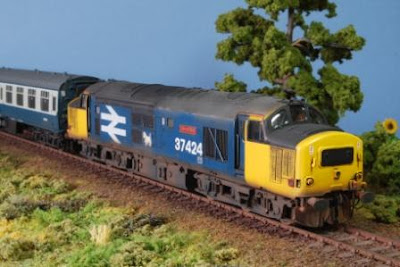